Wines from small producers committed to sustainability in the vineyard and the cellar. 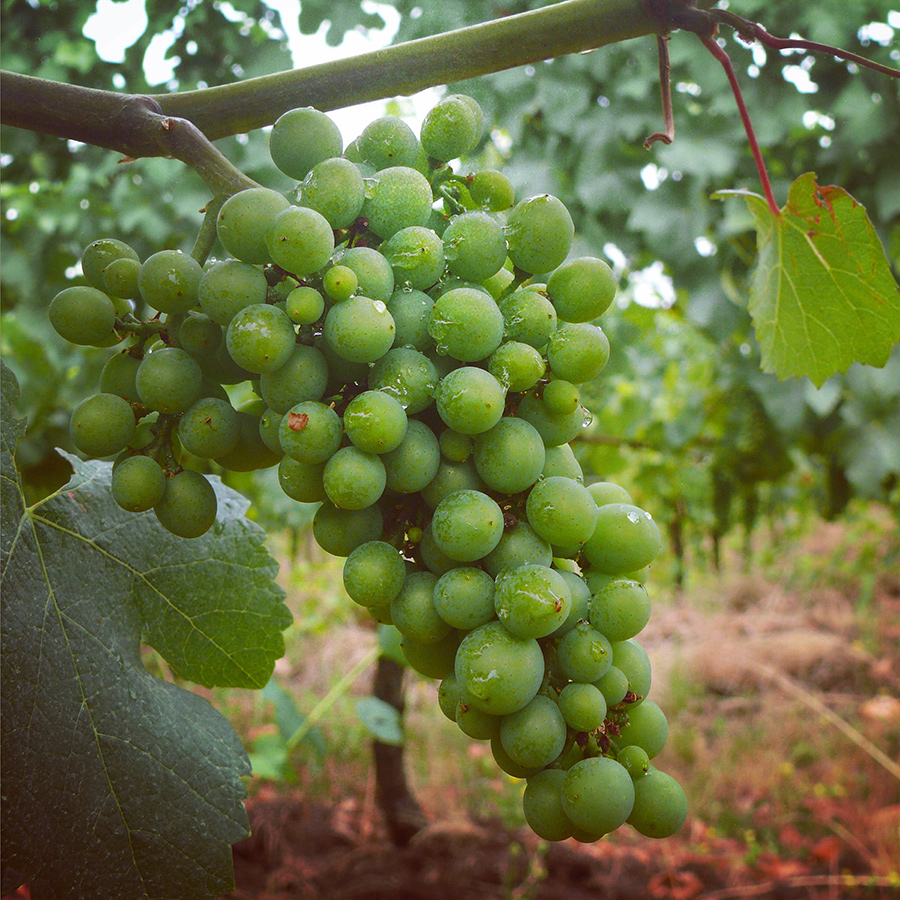 I have a special fondness for old-fangled winemaking, and for winemakers who work their craft by hand. (Or mostly by hand, because it helps to have a truck and a forklift.) Their fingernails are perennially stained—brown with soil, black with pruning, red with grapes—as they follow their wine around the wheel of the year. Old-school winemakers had to work this way, following the laws of parsimony. New-school winemakers can choose to work this way—or not.

Oregon is a new wine region in the global schema, but when I visited in 2014, a guest of the Oregon Wine Board, I found a lot of first- and second-generation makers working in this old-fangled way. Many seem as passionate about ecology and human systems as they are about the wine itself. They truly care how their wine comes to be. They respect both the land and the people working it, because both are their legacy, and both are their (and our) future.

In the Pacific Northwest, such passion for paying attention, for working within limits—you might call it sustainability—is codified by program called LIVE. The effort, started in 1995, certifies producers committed to environmentally and socially responsible winemaking, and so far forty wineries and three hundred vineyards have been certified. Salmon Safe, a sister certification aimed at keeping agricultural runoff from fouling fish habitat, often rides along.

Below are notes on four Oregon producers committed to sustainable winemaking. Three own LIVE-certified and Salmon Safe estates, while the fourth, a bootstrap effort without vineyard land, buys fruit from sustainable growers. All of the wines reviewed here are Pinot Noir (including a surprise White Pinot), but everyone also works with other fruit. Some of the farming is organic or biodynamic, extending the commitment further.

Certification, in other words, isn’t the point. The point is that process matters.

First, a word about the recent Oregon vintages: 2011 was slow and cool, and the wines tend to have a steely, serene character with an iron mineral edge. The 2012 vintage was warmer—it was a superlative vintage up and down the West Coast—and these wines tend to be riper, with more rounded red fruit. The 2013 vintage was somewhere in between, with a smiling summer followed by rain at harvest; growers who picked early did well. 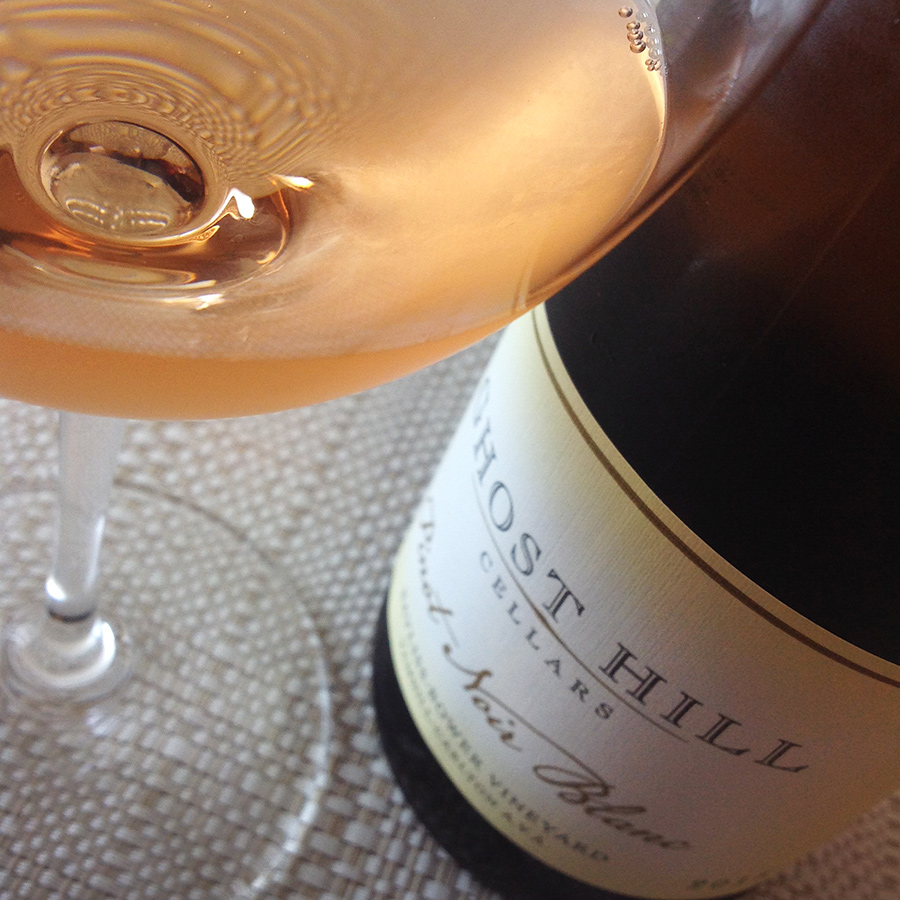 The Bayliss family has stewarded 234 acres of land in the Yamhill-Carlton region since 1906, historically producing livestock, grain, and fodder. Grapes were planted only in 1999, but are currently the only crop—and it’s all Pinot. The vineyard is overseen by consultant Buddy Beck; winemaker Eric Hamacher works with the estate fruit using ambient yeast and gravity in the cellar. Fourth and fifth generation Baylisses still live on and manage the property.

2013 Ghost Hill Cellars Pinot Noir Blanc Bayliss-Bower Vineyard Yamhill-Carlton
This White Pinot Noir (right) is essentially a rosé that gets its color and phenolic flavor compounds from skin contact. The clusters were pressed, moved to stainless, then, after some maceration, racked off and fermented dry. The process imbued it with a lovely pale salmon color and gave it a fragrance of strawberries and hay. The body is soft, with notes of apple skin, spring berries, and fresh pear. At first it felt somewhat unrealized, but with some air—even a day in the fridge—it became more elaborated, suggesting macerated strawberries and pear skin, plus a new whiff of mint. It’s curious and very pretty.
590 cases made. 13.5% abv | $25

2012 Ghost Hill Cellars Pinot Noir Prospector’s Reserve Yamhill-Carlton
The Pinot is a mix of Wädenswil, Pommard, and Dijon clones, grown in the oldest part of the estate vineyard. It was treated to a small portion of new French oak, and this cuvée is a blend of six selected barrels. It is an elegant and finely articulated Pinot Noir, with handsome aromas of brushy herbs that drift toward mint, while the fruit suggests spring berries. The words that linger in my mind: charming, lissome, lithe.
148 cases made. 13.5% abv | $55 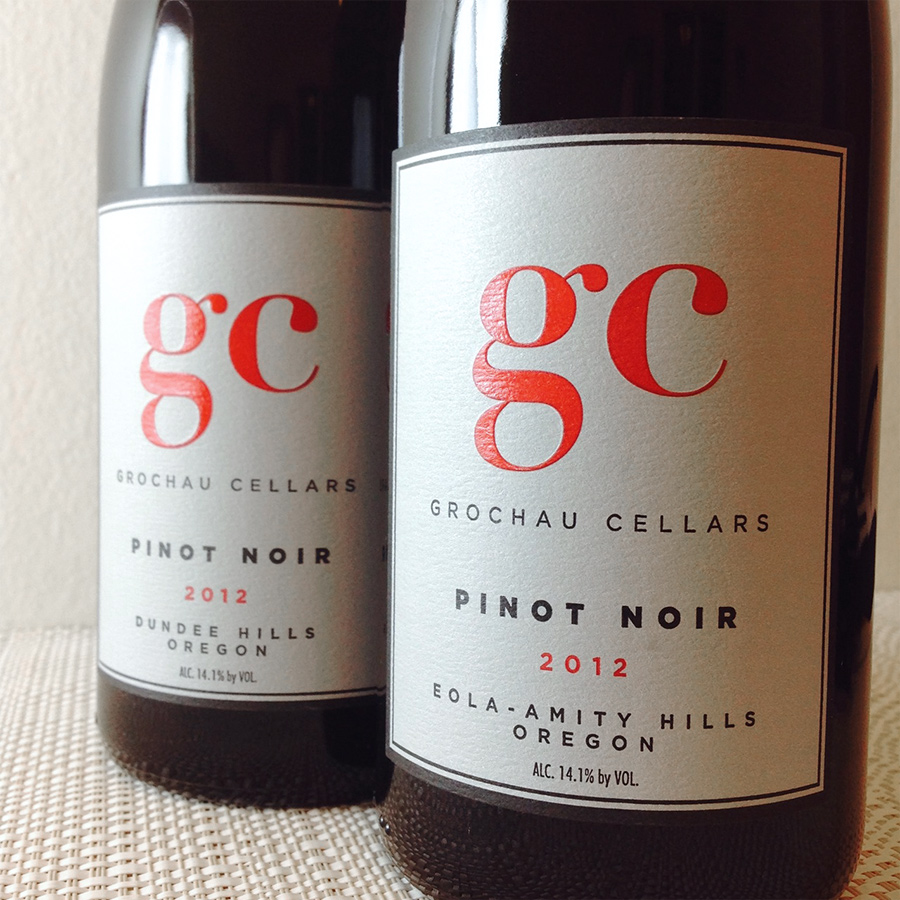 Winemaker John Grochau spent a decade selling wine in Portland, Ore., before turning to winemaking. He apprenticed at Erath Winery and Brick House before launching his own label with the 2002 vintage. Grochau Cellars is the only non-estate producer among the four here, but they source fruit from seven growers who farm organically and follow sustainable viticultural practices. Pinot Noir is the spine of the small production, but Grochau also works with portions of other fruit, including Gamay, Melon de Bourgogne, Tempranillo, Sauvignon Blanc, and Syrah.

2012 Grochau Cellars Pinot Noir Dundee Hills
A Pinot that’s fresh and rosy on the tongue, with raspberry and cherry, but inflected with a faint tawny anisette note, too. The fruit was grown in the Anderson Family Vineyard in the Dundee Hills, with its iron-rich Jory soils, and fermented 40 percent whole cluster with native yeasts. The wine spent six months in French oak, about half new, where it picked up a silky texture and notes of baking spice. The result here is a delicate, finely articulated wine that suggests crystalline flowers and fruit.
175 cases made. 14.1% abv | $30

2012 Grochau Cellars Pinot Noir Eola-Amity Hills
This Pinot was grown in the Eola-Amity Hills, and soils here are leaner than in the Dundee region ten miles north. Since these vines struggle more, the fruit is more concentrated, and this wine does seem to prove the point; compared to the Dundee Hills bottling, it’s more rounded and luscious, more textural, with deeper red fruit. Not that it’s heavy, it’s just not as thin-skinned and delicate. After fermentation on native yeasts (30 percent whole cluster), it was moved to 30 percent new French oak, a treatment that deepened its dimension and texture. Lay this one down for three to five years.
150 cases made. 14.1% abv | $30 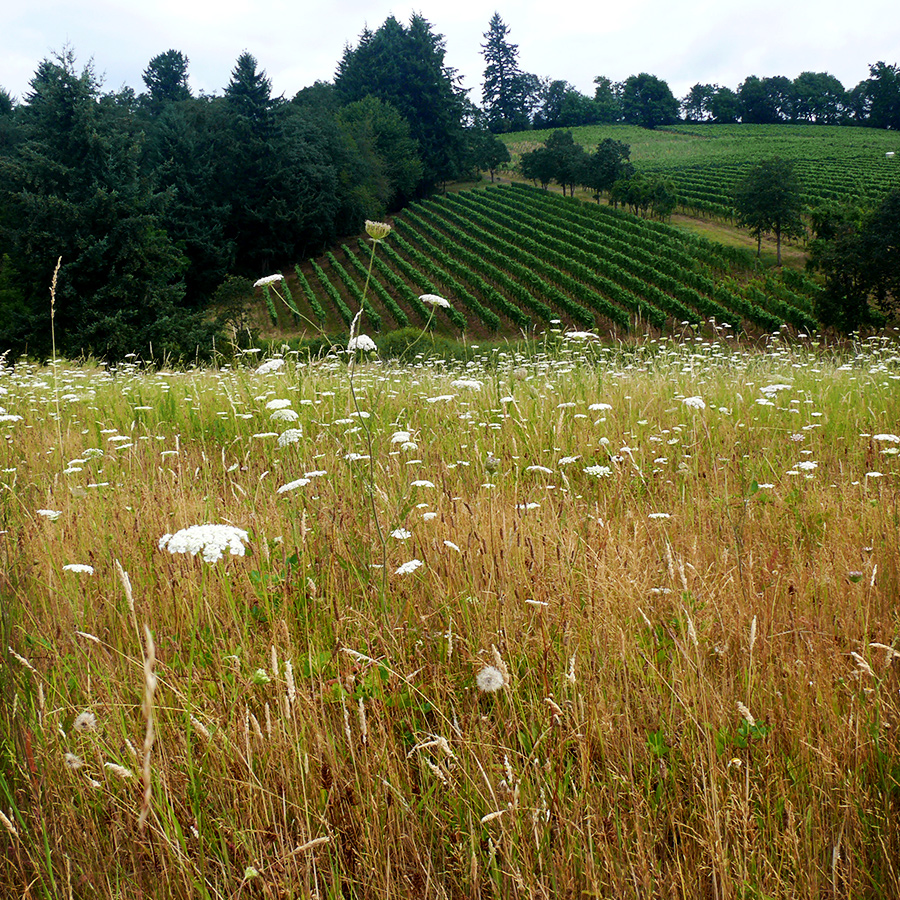 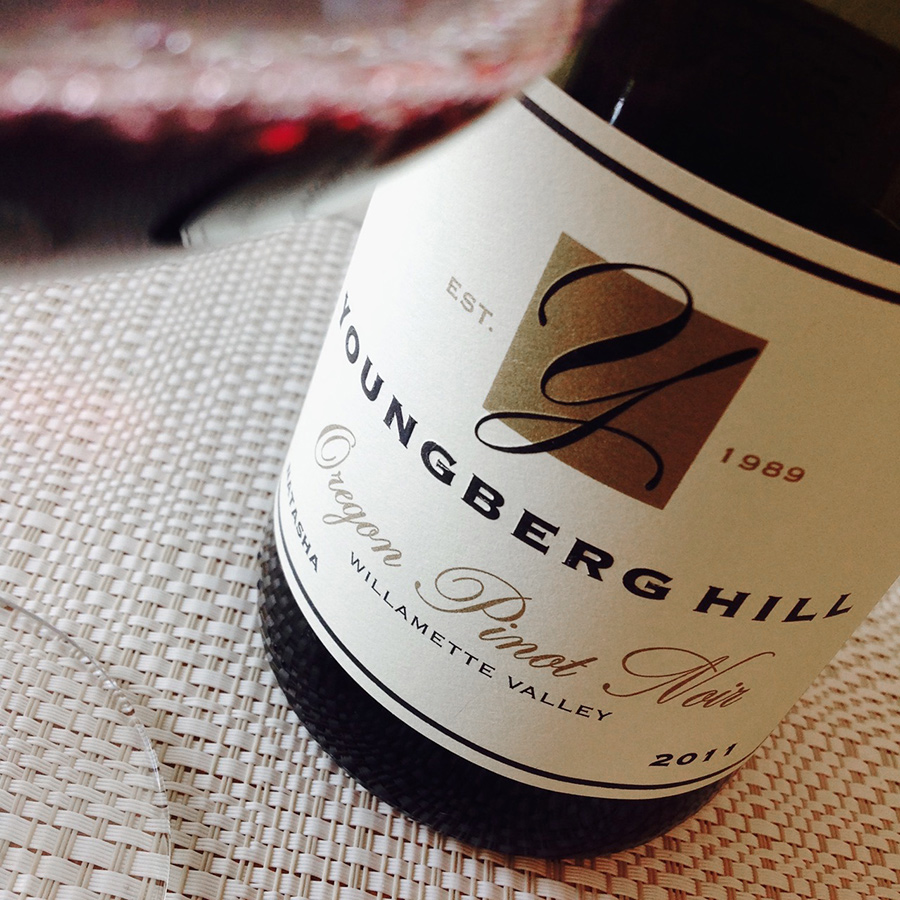 Winemaker Wayne Bailey and his family purchased a hilltop property in McMinnville in 2003, and the estate currently consists of an eight-room B&B surrounded by twenty acres of biodynamically farmed Pinot Noir, Pinot Gris, and Chardonnay. The land lies within twenty-five miles of the ocean, but the coastal mountain range offers a moisture shadow. Still, their vineyard is planted to clones that can endure cooler temperatures. The two blocks tasted here—Jordan and Natasha—are named after two of the Baileys’ three daughters.

2011 Youngberg Hill Pinot Noir Jordan Block, Willamette Valley
The fruit was harvested on 2 November to try to guarantee ripeness, and the wine is ripe but barely so, with fruit that skews cranberry rather than strawberry or cherry, and top notes of mint and green herbs. It’s generous with its acid, a thin, tonic line, and the finish is stridently pure. Overall it feels refreshing and fresh-washed—cool upon cool.
297 cases made. 12% abv | $40

2011 Youngberg Hill Pinot Noir Natasha Block, Willamette Valley
This fruit was also harvested on 2 November, although it clocked in at a mere 19.2 degrees Brix. The result is lean and fiercely acidic, a rhubarb-stained wine with inflections of cranberry and barely ripe strawberry. As with the Jordan Block, it’s about verticality, linearity. Still, it offers rosy top notes and an underpinning of earthy iron and minerals, and the finishing effect is slightly more floral.
327 cases made. 11.5% abv | $40 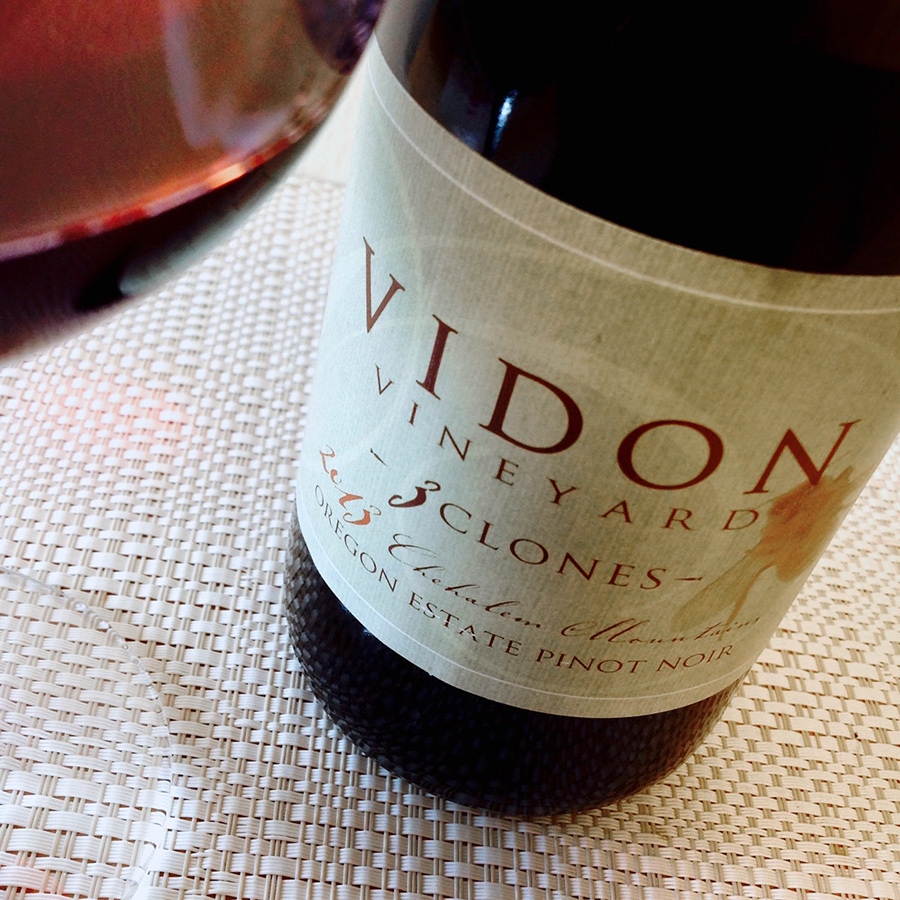 The Hagge family, Vicky and Don (Vidon—get it?) purchased land in the Chehalem Mountains in 1999 and planted it to ten acres of Pinot Noir and a smattering of other grapes. Production is two thousand cases annually. Chad Vargas, who manages Adelsheim’s vineyard, oversees the vines, while Don Hagge makes the wine. Fruit is hand-worked and the wine is moved in the cellar by gravity.

2013 Vidon Vineyard Pinot Noir Three Clones Chehalem Mountains
The 2013 is naturally more youthful, its garnet body saturated but also lightly cloudy. After twenty minutes in the decanter it yields a fragrance of tart raspberries, wet rocks, and deep woods. The body is tingly and red-fruit dominant. This wine seems nervy and tightly wound, but its chutzpah makes it age-worthy. Right now it’s mostly about fruit and acid—a good thing.
480 cases made. 14.3% abv | $45

Many thanks to Wine Business and Terroirist for recommending this article to their readers.

Written By
Meg Maker
More from Meg Maker
Wild-fermented, cultured with koji, and cured on the bone, this pancetta adds...
Read More