The Old World/New World dialectic in wine writing is outdated, and writers need new ways to describe what they truly experience. 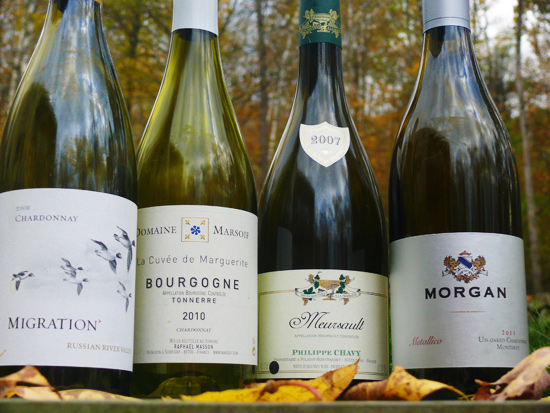 “all things are generated in this way, opposites from opposites… Even if we do not in every case have the words to express it, yet in fact is it not always inevitable that there is a process of generation from each to the other?” 1
—Plato

Columbus Day got me thinking about the Old World and the New.

The Old World is Europe, Asia, Africa; it is France, Spain, Italy, Britain, Greece, Slovenia, Russia, Norway, China. It is soil and inheritance, stone and blood. Throughout its history, its crust has been scratched by war, emptied by famine and plague, refilled by renaissance and abundance, then emptied again by the exodus of tens of millions, free and forced.

Strife and bounty, growth and progress, diplomacy and fractured unions have, throughout Europe’s long history, engendered a rich cultural ferment. The Enlightenment’s masters gave us new frameworks, new ways of knowing. The Old World became the physical and metaphysical homeland of the Western canon. The reverberations still make us tremble.

The New World is the Americas and Oceania; it is Mexico, Canada, the United States, Argentina, Chile, New Zealand, Australia. It’s the lush plain onto which we spread from Africa or Asia, by strait or sea, tens of thousands of years ago. Those who arrived first thrived, contracted, thrived, contracted, in endless wheeling cycles, fanning out to the watery edges to meet, finally, the new arrivals in what became a torrent of tears. These original few were obliterated by disease, by resource deprivation, by depravity and ignorance, by the stories that were not their own and could not become their own, by languages that snuffed their traditions.

For those of us who think about wine a lot—drink it, share it, make it, write about it—the Old World is the place where wine was born. It is wine’s origin. The New World, meanwhile, is the place to which wine spread. It is wine’s insertion.

As wine writers, we have adopted this narrative of old versus new, original versus remade. We think of Old World wines as the ur-wines, those after which all other wines are fashioned. We have developed a vocabulary for them; they’re natural, neutral, un-manipulated, non-interventionist, elegant. They’re artisanal, hand-crafted, savory, with good minerality. They’re wines of terroir, made in the vineyard. They’re authentic and noble and pure.

There’s a mirror narrative for New World wines, with its own parallel vocabulary. They’re juicy, jammy, fleshy, plush, oaky, buttery, toasty. They’re fun and fruit-forward, great by the glass. They’re consistent and reliable, or tricked-up, palate-pleasing, and point-score chasing. They’re absolutely made in the winery.

These narratives are a gloss, a useful shorthand, but they are false. The Old World/New World lexicon valorizes Europe while casting subtle (and not so subtle) aspersions on wine made elsewhere, and also skirts the difficulty of identifying any given wine’s true focus. Reality is messy, and taste is ineffable, but we must find ways to describe what we genuinely experience, not just what we expect to experience based on prejudgment. As writers, we can do better than this.

Let’s unpack the terms. When we call a wine Old World (whether or not it’s made in Europe), I think we mean that vineyard management is a significant factor in the equation. That the winemaker is a farmer, responsive to vintage conditions. That the wine is only grapes, plus yeast and maybe sulfur. That for the most part, the human role is to let the fruit and yeast do the work, step in as a shepherd, and bottle a product that will serve as part of a meal.

When we say a wine is New World, I think we mean wines that are more about personality than place. The winemaker aims for a particular stylistic effect, rather than simply submitting to the vintage, and might also strive for consistency year to year. The fruit is likely Vitis vinifera, European grapes, but an American winemaker will know her varietal Pinot Noir won’t taste much like Gevrey-Chambertin. On the other hand, she’s also not bound by the same restrictions as that vigneron in Burgundy. He’s tied by both tradition and law. She can tinker if she wants to.

Tinkering alone, though, doesn’t guarantee her wine will taste tricked-up, jammy, and fat. It might indeed share many stylistic elements with a red Burgundy. But these two winemakers are working in different ways. He’s more like a farmer, and she’s more like a chef. Both might make a fine and palatable product, but the aesthetic intentions underlying the efforts are quite different, as are their processes.

The bottom line is that it’s no longer possible to tie any given stylistic expression to a location, a place, which the Old World/New World narrative presupposes. Any particular finished wine these days embodies the marriage of individual expression, traditional sensibility, terroir and vintage, market expectation, and a host of other factors.

The four wines below are a case in point. I tasted them all one recent evening, with food, at a gathering of friends. It was a trip around the world, and around the styles, too.

The Duckhorn “Migration” Chardonnay 2009, from the Russian River Valley, 14.1% alcohol by volume, is languid and unctuous. It perfectly fits that generous, buttery, profile we might expect from California Chardonnay. The Morgan “Metallico” Chardonnay 2011, from Monterey in California’s Central Coast, is likewise a big mouthful of bright chardonnay fruit, and likewise 14.1% alcohol. But it’s also quite savory, and presents itself to the palate without a trace of oak or butter. There’s clearly something different happening in these two cool-climate California whites, and while they’re not the same vintage, I suspect the differences derive primarily from the winemaker’s stylistic choices, his or her intent.

Meanwhile, the Domaine Marsoif Bourgogne “La Cuvée de Marguerite” 2010 might fit one’s standard definition of Old-World Chardonnay. It’s lean and steely, with subtle floral notes, an herbaceous savoriness, and bracing acidity. It’s also well balanced, and at 12.5% alcohol, is a good partner for food: it stays refreshing, and the diner stays alert. It’s not a commanding wine, but I get the sense that it’s not meant to be. It’s meant to be placed on a table, and served as part of a meal.

And last the Philippe Chavy Meursault 2007. A moderate 13% alcohol, this wine is a vivid, electric yellow, yielding earthy, oily aromas of citrus and herbs. Lush and smooth on the palate, it delivers a cool, steely gleam that’s polished by oak. The wine feels broad, integrated, and beautifully balanced. Lively and interesting, it’s also terrific with food. It’s a good denouement for the quartet, one that draws together all the stylistic strands we’ve discussed—oak, butter, minerals, toast, earth, fruit, steel. Yes, it was made in France, but none could say rightly whether it’s more Old World or New.

So how shall we proceed? Some might consider terms like “traditional” and “modern.” The proposition here is that hundreds of years ago, winemakers had fewer options for manipulating their vines, must, ferments, and finished wine, and this way of working set the prototype for the kind of wine we’d like to identify as old school.

But let’s face it, our forebears used whatever technologies were available (and devised plenty of new ones) to save labor, stabilize the product, and keep the wolf from the door. And nowadays, sure, you can make wine with your bare hands—but it helps to have a truck and a forklift. Modernity is about the flexibility to make choices, and depending on whose scholarship you esteem, Modernism began as early as the late fifteenth century. Wine has been modern for a very long time.

Mark Bittman recently coined the new term “foodness” to indicate the degree of naturalness or authenticity of a particular food, the extent to which it reflects its origins as an agricultural product. In his schema, a piece of fruit would have a high foodness score, while a piece of fruit-flavored candy rates low. We might relatedly consider “wineness” as an indicator of how closely a wine resembles its origin as grapes-plus-microorganisms. But still, a plush wine might be made only of grapes and yeast, but reflect really different sensibilities depending on how those two ingredients were grown and handled.

“Food wine” is perhaps closer to the heart of it, as it suggests wine as an agricultural product, wine as food, and wine as a companion to food. But that notion still seems one-dimensional at best, and skips over the making in favor of simply describing the end result. We need somehow to consider the spectrum of factors contributing to a wine’s character: its food-friendliness, its freshness and acidity, the winemaker’s intentions and stylistic aims, the grapes’ provenance, the region’s history. In short: the wine’s context.

There are no easy terms for this idea we’re chasing. Wine is multivariate. The Old/New dialectic is a false dichotomy. The Old World is not all natural. The New World is not all new. Wine—like culture, like language—results from an admixture of traditions, intentions, and soils. It is more than the sum of our myths about it. Perhaps the only essential truth about wine is that we need to find new ways to talk about it, in words that are wholly and thoughtfully our own.

Many thanks to Eric Asimov, Wine Business, and Wine Industry Insight for recommending this article to their readers.

Written By
Meg Maker
More from Meg Maker
Okay, I admit it: we were completely insane. We bought two stainless...
Read More