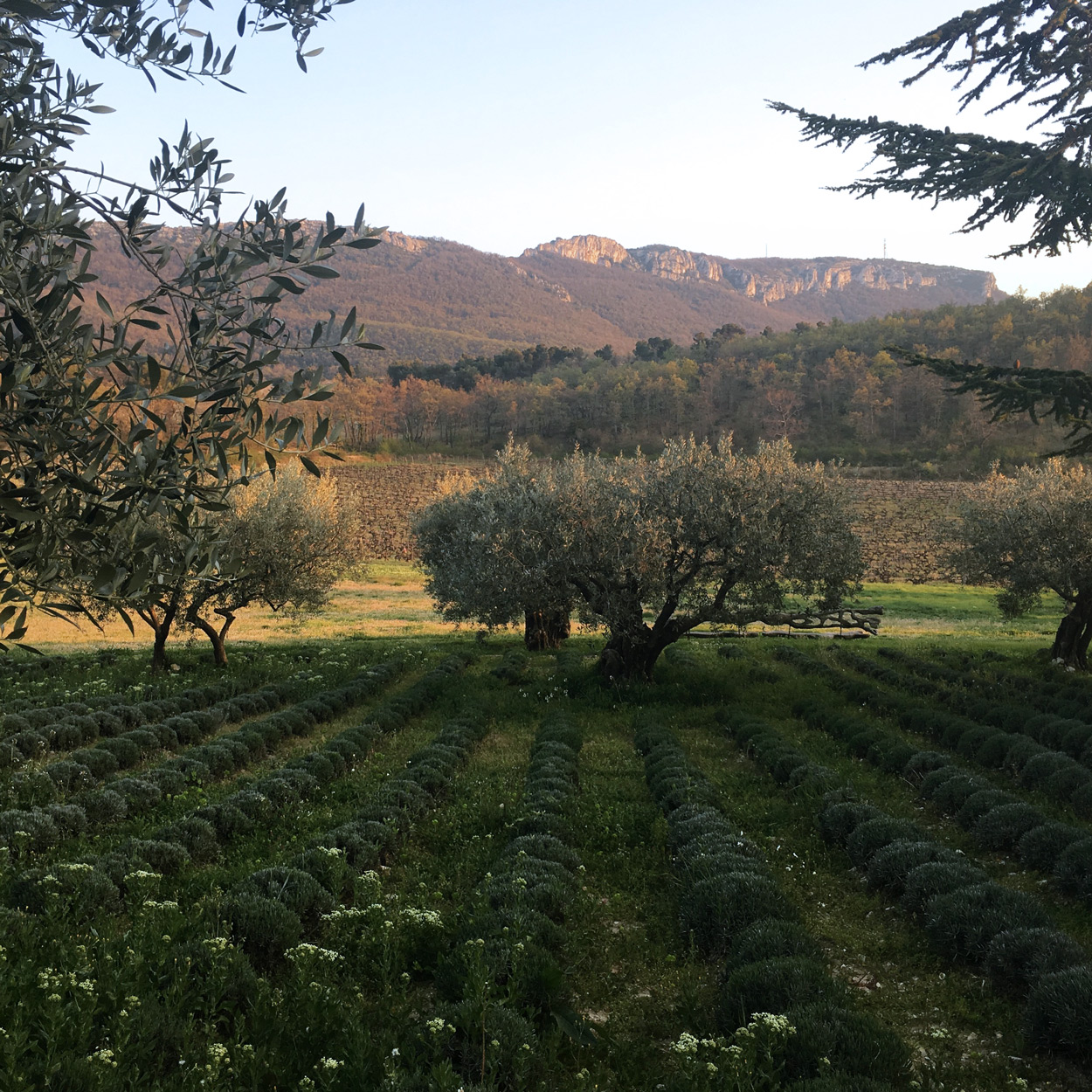 On May 17, 2018, I gave the keynote speech at Top Drop Vancouver, a two-day consumer and trade event highlighting terroir-driven wines from around the world. Following my speech, I led a panel discussion with Elisabetta Foradori of Foradori, Jane Ferrari of Yalumba, and Beth Novak Milliken of Spottswoode. Below are my keynote remarks.

I’m delighted to be with you today, and want to offer my thanks to the Top Drop crew for the honor of speaking here and leading a conversation with these three great terroir hunters.

When I travel to speak with winegrowers, they’re often surprised that I know something about plants. But I’ve been gardening organically — actually more like small-scale, householder farming — since 1988. I’m passionate about it. It matters to me. It’s one of the most important things I do, to grow food for myself and my family.

It’s a ton of work. There are a million disappointments. The flea beetles and cabbage loopers make lace out of my brassicas. The mice and voles eat my carrots, so when I pull a plump orange top I often find the roots chewed clean off. The Japanese beetles ravage my raspberries. Mildew wilts my squash. Woodchucks mow my peas and beans. And the deer eat everything.

But I do it for two reasons. First, because I love fresh, nourishing produce, and second, because I love the process, warts and all. The process itself nourishes me. I love the hero’s journey of it, that season-long drama that starts with a tiny seed in March and ends with jumbo Hubbard squash in September. I love getting dirty outdoors in pursuit of vegetable purity. I would wither and die living in a city apartment.

I planted a vineyard last year. Eight vines. Not eight acres — eight vines. That’s a laugh line, in case you didn’t notice. I live in a cold place, where temperatures can dip to minus 38 Celsius (that’s minus 38 Fahrenheit, too, by the way. It’s the spot where the scales cross). I chose Frontenac Gris, an interspecific hybrid developed to withstand extremes. The vines are, significantly, own-rooted.

My vines are not a vineyard and will never be. But as someone who loves wine, who loves vines and vineyards, winemaking and winemakers, I felt I should grow some grapes to understand the vine better, what it likes and hates, how it behaves, how I behave around it. I want to make a couple of cases of wine eventually (I’ll need to expand!). I want to participate in this drama, somehow.

Given my tiny ha-ha vineyard, it’s truly humbling to meet with people who tend a hectare of vines, or five or ten or fifty. I have a friend in St. Helena who shepherds eight acres of old-vine Cabernet on St. George rootstock. That’s not a big vineyard by Napa standards, but each one of those old-crone vines has a posture, a personality. My friend knows each vine, and even has some favorites. So many plants to care for!

I think of a farm — any farm, small or large, grape or vegetable — as a long-term dialogue between a person and a place. The essence of farming is to concentrate energy, thermodynamically speaking, to produce nutrition for the farmer. The plants harvest the sun’s energy, and along the way they also harvest the farmer’s energy — her mind and her mettle, the muscle in her arm.

Farming anything throws obstacles in your way. There are always obstacles, problems to solve. How do I, personally, solve them? Organically — speaking both practically and metaphorically. Long ago I decided to follow strict organic gardening protocols, but I also let intuition guide me. Farming requires me to know some things and to decide some things. It demands patient examination, research, testing, plus gut instinct earned from thirty years in the field. When I have an explosion of one critter it usually means something is out of balance. What’s that thing? Sometimes that thing is me. And it’s up to me to figure it out, because this is not a field or forest, this is a farm, and a farm requires a farmer.

What kind of wine farmer do you want to be?

The laws have something to say about it. Not much, but some. Much of wine law is based on place, a wine’s origins and geological context: where it’s grown and (sometimes) the cépage. Place is critical, of course, and I’m grateful it’s part of the mix. Sometimes the rules also consider winegrowing and winemaking processes, but that’s much truer in Europe than in, say, California, America’s freewheeling West, where we mostly slap a varietal name and an AVA on the label and call it done.

Those two factors alone — region and grape — tell consumers nothing about the farmer’s intentions, her interventions, her ideas about the wine, or how she made those thousand decisions between rootstock and bottle.

It says nothing about what kind of wine farmer she decided to be.

I think the making matters. A lot. The how matters — not just where but how a wine was made, following what approaches, using what processes and tactics. Most of our laws don’t address that, don’t help us understand how a wine was made.

In France, the AOP system for cheese comes close to what I’m talking about. There, cheese is classified as one of four types: fermier, artisanal, cooperative, or industriel. Farmstead, artisanal, cooperative, industrial. Industrial cheese can be made from milk from anywhere in France. Coop is self-explanatory, popular because it spreads risk. Artisanal cheese can be made using milk from a small, local region – not necessarily milk from the cheesemaker’s own herd, but maybe some of it, plus a neighbor’s milk.

But a farmstead cheese cannot use purchased milk. It must use only milk grown, raised, and milked on the farm where the cheese was made. And critically, the rules further detail the particulars of the make and aging processes to ensure the cheese will adhere to historical and traditional forms. Process matters as much as place.

Farmstead cheese is a closed loop product, the result of a micro-community of practice involving animals – the dairy animals and the farmer-cheesemaker — plus plants, bacteria, and fungi. Just add sunlight and time, and you’ve got yourself a cheese.

Or a wine. What would a farmstead wine look like? A wine made from grapes grown in the producer’s own vineyard, with no purchased fruit. A wine made following old-school winemaking, with little tinkering in the cantina, no monkey business to modulate acidity and sweetness, no designer yeast. While we’re at it, let’s not mask the wine with heavy-handed élevage. When the winemaker overthinks or overworks the wine, her voice and her ideas start to drown out the land’s.

Balance is key: A person grows and makes the wine, but vines and microbes, rocks and sunlight, should also have something to say. Wine, like cheese, relies on the neighborly cooperation of animals, plants, microbes, and site.

This is why I like to say that a wine of terroir requires Four Kingdoms and a Place: Animalia, Plantae, Fungi, Bacteria — and, of course, the vineyard.

Vines are plants, yeast and mycorrhizae are fungi, soil and lactic acid bacteria are critical to the processes.

The Animalia part is the farmer. (Also bugs, and those pesky mice and deer.) But it’s the person, that grower-maker, who is shepherding all of these elements around the wheel of the year, using her wits and talents to create a liquid that will ultimately become the jewel of the meal.

It is a hero’s journey, the stuff of true drama. When it works, the wine is wonderful. In fact, the wine has to be wonderful. It has to be delicious if the winery is to succeed. But the winemaker is a critical part of the wine’s story; without her there would be no wine, and certainly no wine of terroir.

I’m grateful to the Top Drop organizers for inviting me to present at this event.

Many thanks to Terroirist and Wine Industry Insight for recommending this article to their readers.

7 replies on “Four Kingdoms and a Place: Committing to Wine of Terroir”