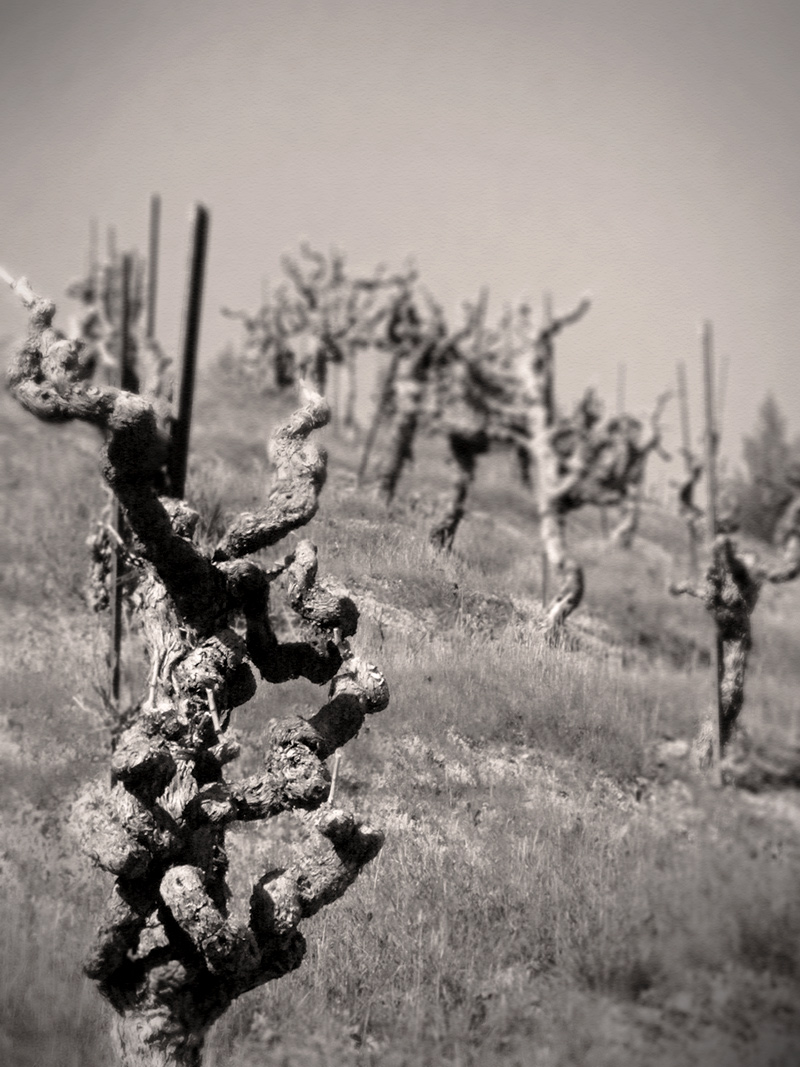 Old vines are like old crones, siphoning earth’s blood from fractured bedrock strata, pumping it into their veins to feed their spring greens and plump their black summer fruits. They are no longer fecund, but not infertile, either. They are parsimonious, focusing their sorcery on a scant few clusters of tiny, potent berries.

One hundred and twenty-five years ago, Giuseppe Martinelli and his bride, Luisa Vellutini, arrived in California’s Russian River Valley from their native Tuscany. Martinelli broke open the ground of a three-acre hillside plot and planted it to Zinfandel and Muscat of Alexandria.

He farmed this steep-pitched slope by hand and horse until his death in 1918, whereupon his son Leno took over. Leno’s brothers wanted nothing to do with farming, and certainly not that hillside. It’s too dangerous, they said. Only a jackass would want to, they said.

Now, Leno’s son, Lee Martinelli Sr., farms the old vines of Jackass Hill, the only continuously productive vineyard of Giuseppe’s legacy. Although Lee has reached his mid seventies, he won’t let his own grown sons, Lee Jr. and George, take a turn with the tractor along that vineyard’s shoulder. Too dangerous, he says. Only a jackass, he says.

This spring I stood with both Lees among the vines on Jackass Hill, peering down the vertiginous, sixty-degree pitch toward more civilized contours below. The sun smiled through a high blue canopy, switching-on the mustard neon yellow and bleaching color from the old vines’ worn limbs.

Lee the Elder poured us each a glass of Zinfandel born from these vines three vintages ago. I swirled and sipped. The liquid was glittery, vibrantly alive, its fleshy red berries shot with shimmering waves of fruit and stone and acid.

I spat the wine onto the vines’ gnarled feet. Earth’s blood has come full circle, I thought. Here’s to another turn of the wheel.

Many thanks to Wine Business Monthly and Wine Industry Insight for recommending this article to their readers.
Follow my wine reviews on Delectable and Vivino.