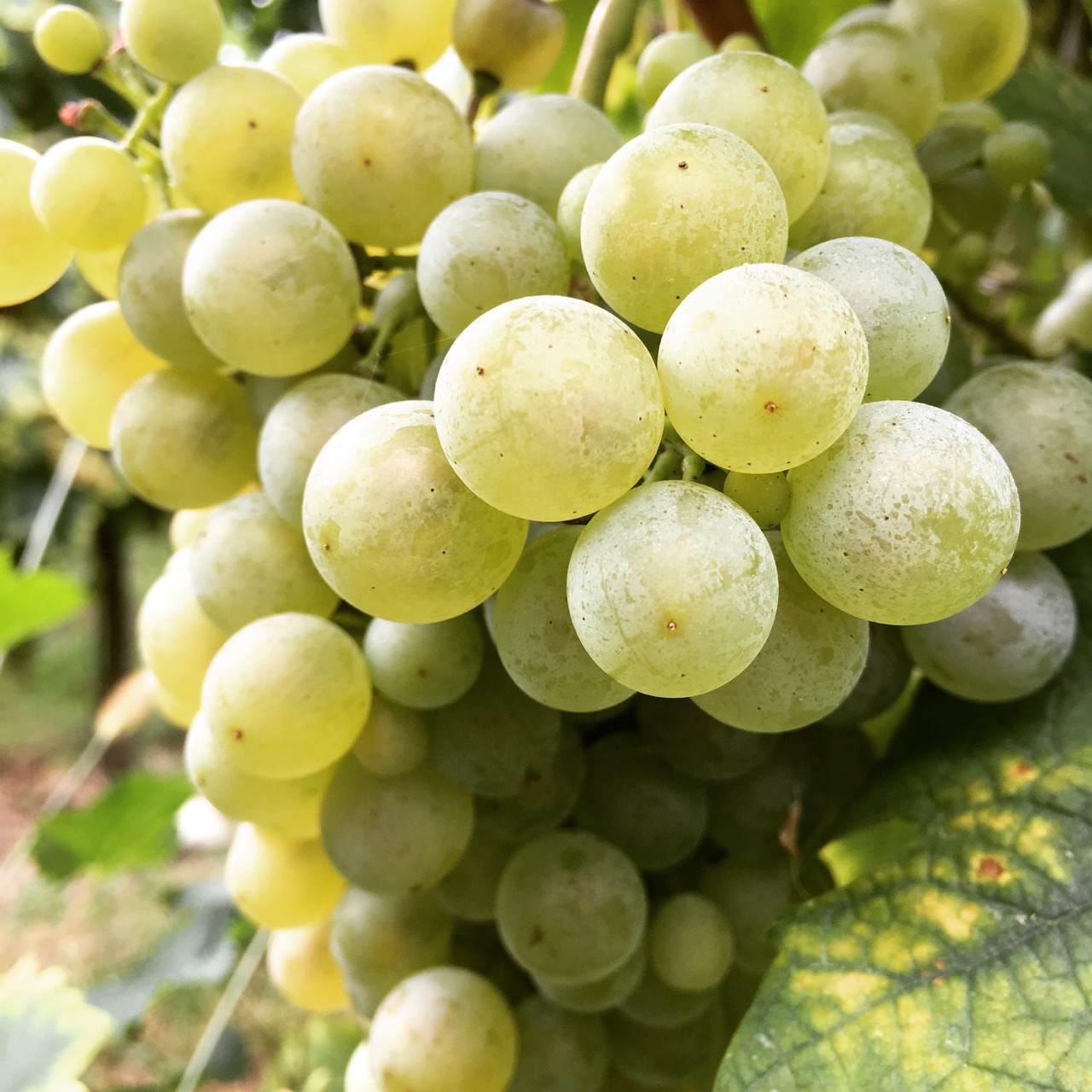 Americans drink a lot of Prosecco, nearly four million cases each year, with annual growth in the mid double digits. Most of it is simple stuff, colorless and lightly citrusy—but sparkling, at least.

Nearly all Prosecco is made using the Metodo Italiano, or Charmat method, with its second fermetation taking place in a pressurized tank. These wines don’t earn the complexity of bottle-conditioned, traditional method sparklers, which age longer with more lees exposure, but they don’t earn the high price, either.

But Prosecco can be characterful. The grape, known these days as Glera, has a faint musky-floral personality that tops its citrus and stone fruit essence with shades of snappy bitterness. When grown in the heart of the Treviso hills, between Conegliano and Valdobbiadene, the wine can earn DOCG status, and these wines, especially the vineyard bottlings, can be both expressive and elegant.

In early September, 2016, I visited Masottina, a producer in Ogliano, to stomp around their vineyards at harvest and taste their DOC and DOCG Proseccos. The photos here are of their Contrada Granda vineyard, sited on a slope that tilts southwest, smiling at the sun (and vice versa).

Glera is well suited to these hills, to their ancient soils of marl and clay tinted red with iron oxide. The hillsides are steep, but the grape itself is not hard to manage. “Glera, because it’s born here, has not so many diseases,” said Masottina winemaker Federico dal Bianco, who, with his two brothers and father, Adriano, manages production.

Wines grown in vicinity of Valdobbiadene, said dal Bianco, tend to be more flowery, with more minerality or delicacy, while those grown near Conegliano offer more body and fruit. Still, site and aspect are big factors. “The body of the wine is made by the wind,” he said. Less wind? More sun? More body.

Notes on six Masottina sparklers are below. Only three are imported, but I’ve included them all to show what Prosecco in the right hands can do.

The Adami Proseccos, meanwhile, span DOC and Valdobbiadene DOCG bottlings, including one single-vineyard, vintage-labled wine (all are imported into the U.S.). Brothers Armando and Franco Adami manage the estate and make the wine, having inherited the steep, south-facing vineyard in Valdobbiadene from their grandfather, Abele, who purchased it in 1920.

Fleshing out the list of recent tastings are Proseccos from Caposaldo and Bele Casel. This last takes a less common form, col fondo, which is bottle-conditioned and not disgorged. I’ve mixed all of these brands together, ordering them instead from DOC to single-vineyard DOCG—from simpler to more complex.

Meanwhile, Americans don’t drink a lot of Lambrusco. It’s a pity. This frothy red from Emilia Romagna is fizzy, tannic, and darkly fruity, with a curious astringency that makes it great with food. Sometimes found in slightly sweet versions—and for many years found only in far too sweet versions—there are now examples that are dry, crackly, and interesting. Like Prosecco, it’s typically made by the Charmat process, but the three I’ve reviewed here are sparkled in the bottle for yet more interestingness.

And finally, for your delectation: a bubbly dessert Moscato from Asti, in Piemonte—to end on a truly sweet note.

A wine that strikes a balance between ripeness and typicity. Its tranquil perlage offers a fresh, mountain-air fragrance, while the body exudes agreeable peachiness with a grassy finish.
11.5% abv | 12 g/L sugar | $16 | Imported by Kobrand

Fragrant of citrus and yellow peaches steeped in herbs. Its quiet, spumy mousse delivers a pop of acid, fruit, and salt, while snappy notes of fresh tarragon and savory and a scattering of minerals add dimension.
11% abv | 12-13 g/L sugar | $15 | Imported by Dalla Terra

Extremely pale, nearly colorless, with a fine bead and a sweetly floral nose. Lemon, grass, and briny herbs bloom in the mousse, and its prickly finish is polished by keen acidity.
11% abv | 6–10 g/L sugar | $15 (tasted at the winery) | Imported by Gonzáles Byass, USA Again, the Extra Dry version of this wine is sweeter, yielding a richer, creamier flavor on its gingery mousse. They’re otherwise the same wine, but Masottina makes both because, said dal Bianco, “People say they want Brut, but they actually want sugar.”
11.5% abv | 6–14 g/L sugar (tasted at the winery)

The single-vineyard wine is stonier, even monumental, with a quiet minerality and savory finish. It’s is a food wine, and dal Bianco suggested pairing it with something delicate, like fish crudo.
11.5% abv | 6–7 g/L sugar (tasted at the winery)

This is a big, creamy, fruity wine, with abundant ripe citrus, peach nectar, and candied grapefruit and orange peel. It’s an aperitif wine that dal Bianco suggested pairing with fish or mushroom risotto.
11.5% abv | 6–16 g/L sugar (tasted at the winery) 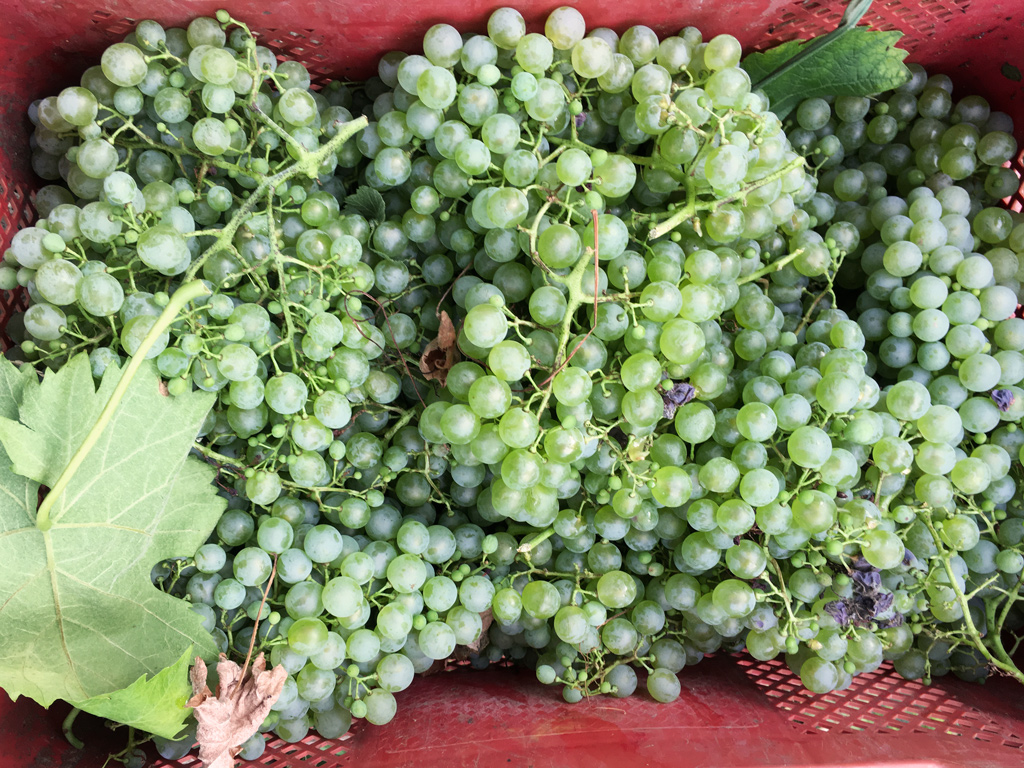 A picking bin of Glera grapes

A vintage-labeled, single-vineyard wine. Its tiny, lacy bead crackles with wet stone and non-fruit, and its dewy lemon finish exits in a blaze of lime peel. It feels serious, mostly about elegance and restraint.
11% abv | 4 g/L sugar | $22 | Imported by Dalla Terra

Shifting to red, here a blend of Lambrusco Salamino and Lambrusco Marani with second fermentation in bottle. Its quiet mousse is shot with bitter blackberries and a suggestion of banana peel, while its astringent, drying finish feels cleansing.
11% abv | 14 g/L sugar | $14 | Imported by Kobrand

A blend of Lambrusco Salamino and Lambrusco Marani with natural bottle fermentation. It’s almost not fizzy, but the body is jazzed with ripe dark black raspberry and black cherries. Good with pizza!
8.5% abv | 50 g/L sugar | $14 | Imported by Kobrand

A honeyed Moscato with lily of the valley, white peach, nectarine, and dried apricots. Sweet but not syrupy despite the high sugar content. Terrific with honeyed desserts.
5% abv | 131 g/L sugar | $16 | Imported by Dalla Terra

All wines were samples for review.
GranVia Società e Comunicazione sponsored my travel to Treviso in September 2016.

Written By
Meg Maker
More from Meg Maker
Rosy and high-pitched but structured, too
Read More