A virtual tour of Italy celebrating the red wine grapes that have been linked to that land for centuries. 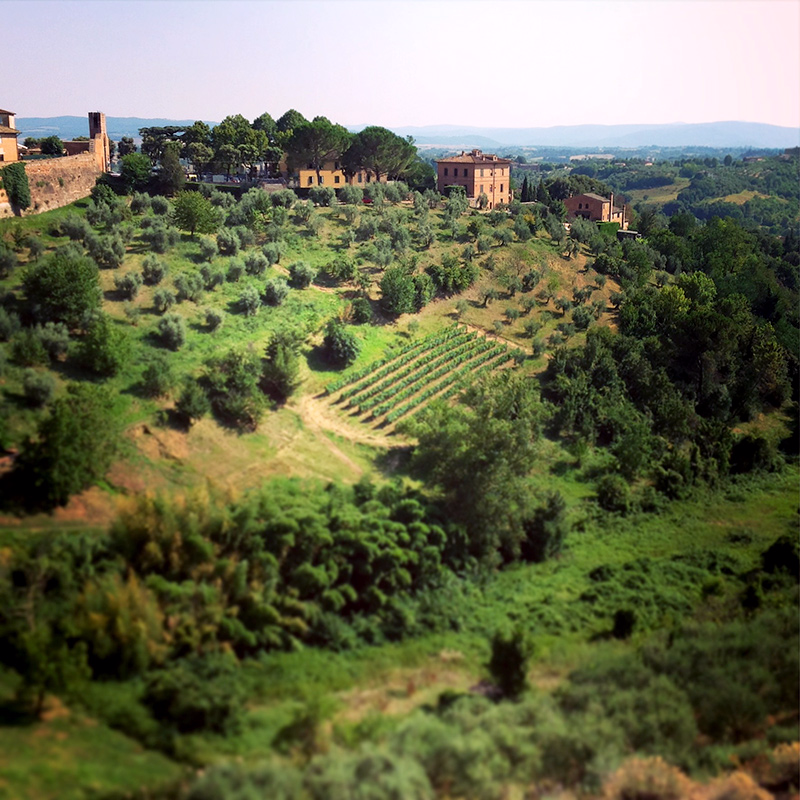 Here in New England, the mercury has finally dipped into single digits. We have a stew in the pot and a fire in the hearth. Right now we need wines that remind us of sunshine—but know how to survive the cold.

I find myself reaching for Italian reds, wines from up and down the boot. Thoughts of Italy chase away winter’s chill. Pining for the hills of Tuscany? I grab a bottle of Chianti, based on Sangiovese. Wishing for the warm smile of Sicily? I’ll open a red based on Nero d’Avola or Nerello Mascalese. Recalling sweet memories of Venice? Those wines are made from grapes that sound like Cinderella’s children: Corvina, Corvinone, Rondinella, Oseleta. I could go on.

These wines can be savory, earthy, peppery, leathery—great for winter fare. The fruit is present but not the point. They’re almost unilaterally good with food, because they’re made with the table in mind.

Below are fourteen Italian red wines made from fourteen different Italian red grapes. I’ve listed them roughly north to south, starting in Piedmont, skipping east to the Veneto, then back across to Chianti before zipping down to Abruzzo and, finally, to Sicily.

Some are varietal wines and some are traditional blends, but I stuck to wines made from native grapes, omitting those that incorporate international varieties like Cabernet Sauvignon. Those wines can be terrific, but for our armchair journey I thought we should celebrate place, and the grapes that have been linked to that place for centuries.

2012 Tenute Cisa Asinari dei Marchesi di Gresy Monte Aribaldo Dolcetto d’Alba DOC
A wine that conjures the smell of sweet late summer, suggesting anise and fennel, ripe bramble fruit, purple flowers. It’s juicy and black-brambly on the tongue, too, with that characteristic bitter Dolcetto snap. Made from 100 percent Dolcetto grown on Monte Aribaldo in the commune of Treiso, in a vineyard with a south-facing exposure, it’s ripe and friendly. But the tannins are like corduroy or velour, very sensual but cottony, not too soft, and the acid really makes the wine.
13.5% abv | $20 (sample) Imported by Dalla Terra 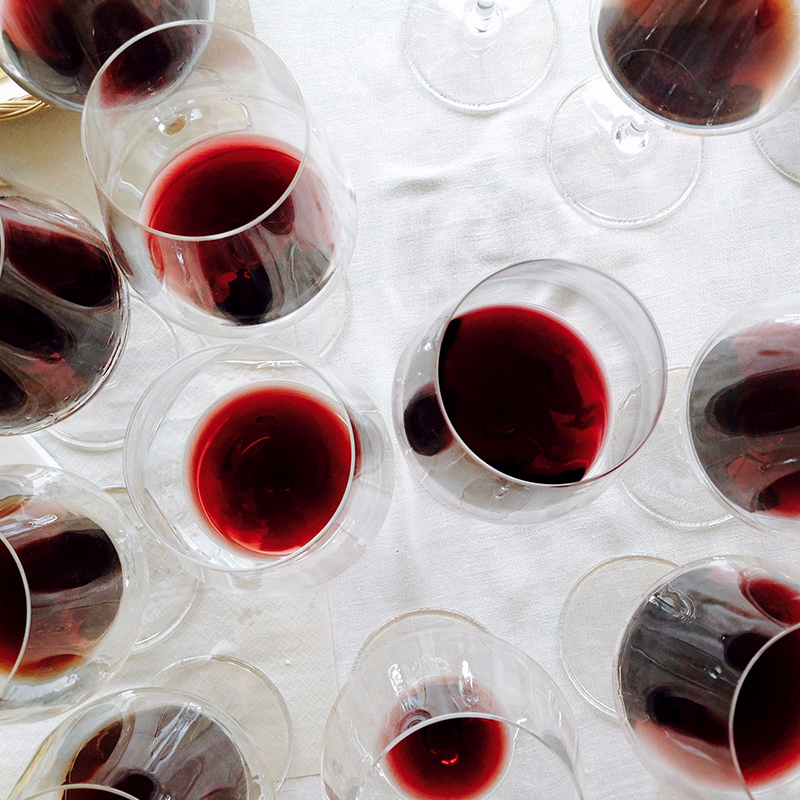 2013 Vietti Tre Vigne Barbera d’Asti
A Barbera with a gorgeous perfume of fresh fennel, anise seed, wild roses, and plum skin, plus something tawny and dusty, too, like harvest earth, like autumn. It’s attenuated and linear along the tongue, very pure, with glistering acidity and a clean, squeaky-tannic finish. This is a superlative food wine; pour it with pesto, marinara, pizza, fish, poultry, cheeses. It could (maybe should) become a weeknight staple.
14% abv | $18 (sample) Imported by Dalla Terra

2013 Tenuta Sant’Antonio Monti Garbi Valpolicella Ripasso Superiore DOC
A blend of Corvina, Corvinone, Rondinella, Croatina, and Oseleta, and, like the previous wine, grown in sandy loam with calcareous subsoil, then aged in 500-liter tonneau. It’s a smaller wine, though, less commanding, and its peppery aromas are both oxidative and very savory. There is beef bouillon and Marmite, especially at the finish, plus notes of tea and dried herbs that dust the red berry fruits. It requires rich grilled rare meats, salumi, or aged cheese.
14% abv | $19 (sample) Imported by Dalla Terra

2013 Il Canovino “Riccardo V” Corvina Veronese IGT
Made from 100 percent Corvina in the Amarone style, late-harvested and dried on racks, then fermented dry and raised in Slavonian oak. Its ruby-velvet body offers spiced red stone fruit and bay leaf, with a finishing bitter anise catch. The tannins are assertive, but overall the wine is lighter than I expected, with terrific acidity and a nerviness that ripples through it. It needs rich, rare meat.
13.5% abv | $30 (sample) Imported by Soil & Vine

2014 Salcheto Chianti Colli Senesi DOCG
Made from 85 percent Sangiovese with a balance of Canaiolo and Mammolo, grown organically grown in the hills of Siena. The winery is low-tech by intention, committed to environmental sustainability, and uses indigenous yeasts and no sulfites in production. The result here is a juicy, fruit-driven wine plumped by red berries and pink flowers and leavened by silky acidity. Although the tannins are nearly indiscernible, there’s a welcome crack of pepper at the finish, plus a whiff of bitter herbs. And you can’t beat the price.
13% abv | $12 (purchased in Vermont) 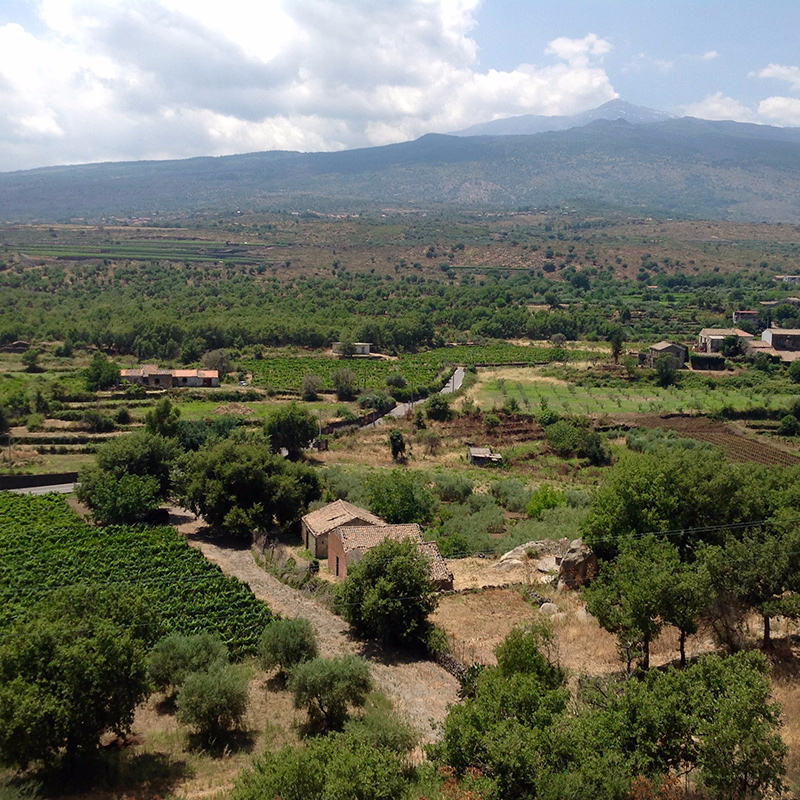 A view of Mount Etna, in Sicily

2012 Avignonesi Rosso di Montepulciano
Montepulciano is tiny hamlet in the hills east of Florence, and the wines made here are based on Sangiovese. This Rosso is 96 percent Sangiovese with other native grapes (likely Canaiolo and Mammolo), fermented with ambient yeast and aged five months in French barriques and Slavonian oak casks. It’s a bright, light-bodied, juicy wine with brisk tannins and a finish of balsamic-steeped cherries. It’s great for pizza, pasta, and poultry.
13% abv | $19 (sample) Imported by Tabaccaia USA

2010 Avignonesi Vino Nobile di Montepulciano DOCG
This Sangiovese was grown in a mix of clay, sand, and silt in the Valiano and Argiano hills surrounding Montepulciano. The 2010 is fully mature, with considerable oxidative character. Its tawny, barn-red body yields aromas of autumn leaves, dried fruits, and balsamic. The palate is woodsy, with supple, fine-grained tannins and a savory Marmite finish. There is fruit, but it has been burnished russet. Drink now with roasted meats, aged cheeses, charcuterie, lentils, nuts.
13.5% abv | $29 (sample) Imported by Tabaccaia USA

2011 La Valentina “Spelt” Montepulciano d’Abruzzo
Montepulciano is also (confusingly) the name of a red grape grown throughout central Italy, perhaps especially in Abruzzo, on Italy’s east coast. This particular fruit was grown within hollering distance of the Adriatic, and the wine was aged in oak, which is somewhat uncharacteristic of the region. The result is almost mushroomy and very concentrated, a mélange of black fruits and moss and wood, assertively tannic, with a filigree of aromatic herbs. It exudes a youthfulness just shy of inexperience right now, and absolutely demands food: rare meat, sautéed mushrooms, aged cheese. On the other hand, at this price you can afford to lay several bottles down to see what a few years of bottle age could do. I think it will be splendid.
13.5% abv | $20 (sample) Imported by Dalla Terra 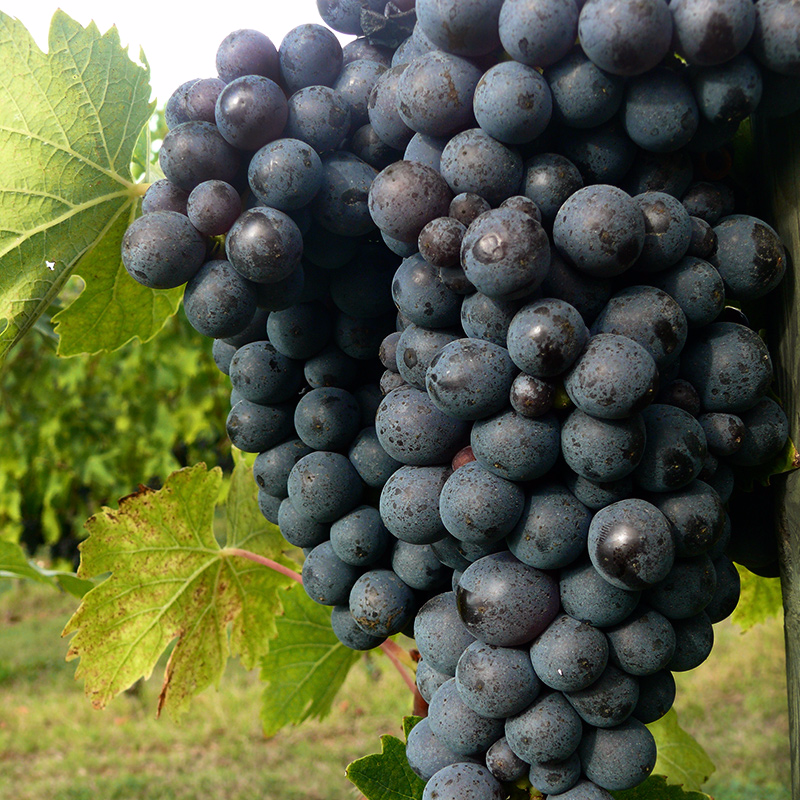 Sangiovese ripening in a Chianti vineyard

2012 La Valentina Montepulciano d’Abruzzo DOC
This Montepulciano suggests a drift of leather and violets, plus dark red fruits polished by tawny tannins. It’s not a complicated wine, but it’s not simple, either. Perhaps the best way of saying this is that it’s not trying too hard, and so in the process becomes a great weeknight wine, free of worldly care. Pour it with pizza, pastas, tapenade.
13% abv | $14 (sample) Imported by Dalla Terra

2012 Cusumano Nero d’Avola “Sàgana” Tenuta San Gioacomo Sicilia DOC
This 100 percent Nero d’Avola was grown in limestone in a south-facing vineyard, but at sunset the tramontana breeze kicks up and cools the vines, slowing ripening. The wine is concentrated and muscular, with chewy tannins and dense black fruits dusted with sweet tobacco. Buoyant acidity and a glittery finish add lift.
14.5% abv | $40 (sample tasted at the winery) Imported by Terlato

2010 Tascante Nerello Mascalese “Terza Vendemmia” Sicilia IGT
A Nerello from Mt. Etna that’s youthful and vibrant, with glorious acidity and a clean, high floral-herb note. There is earth, but it’s shining, not funky, and the garnet body is bedecked with flowers and red cherry fruit. It’s light-textured, somehow both silky and taut, with forward tannins, glistering acid, and a minerally grit like licking a pencil. It’s elegant, varietally perfect, and interesting.
14% abv | $50 (sample) Imported by Dalla Terra

Many thanks to Wine Business for recommending this article to their readers.