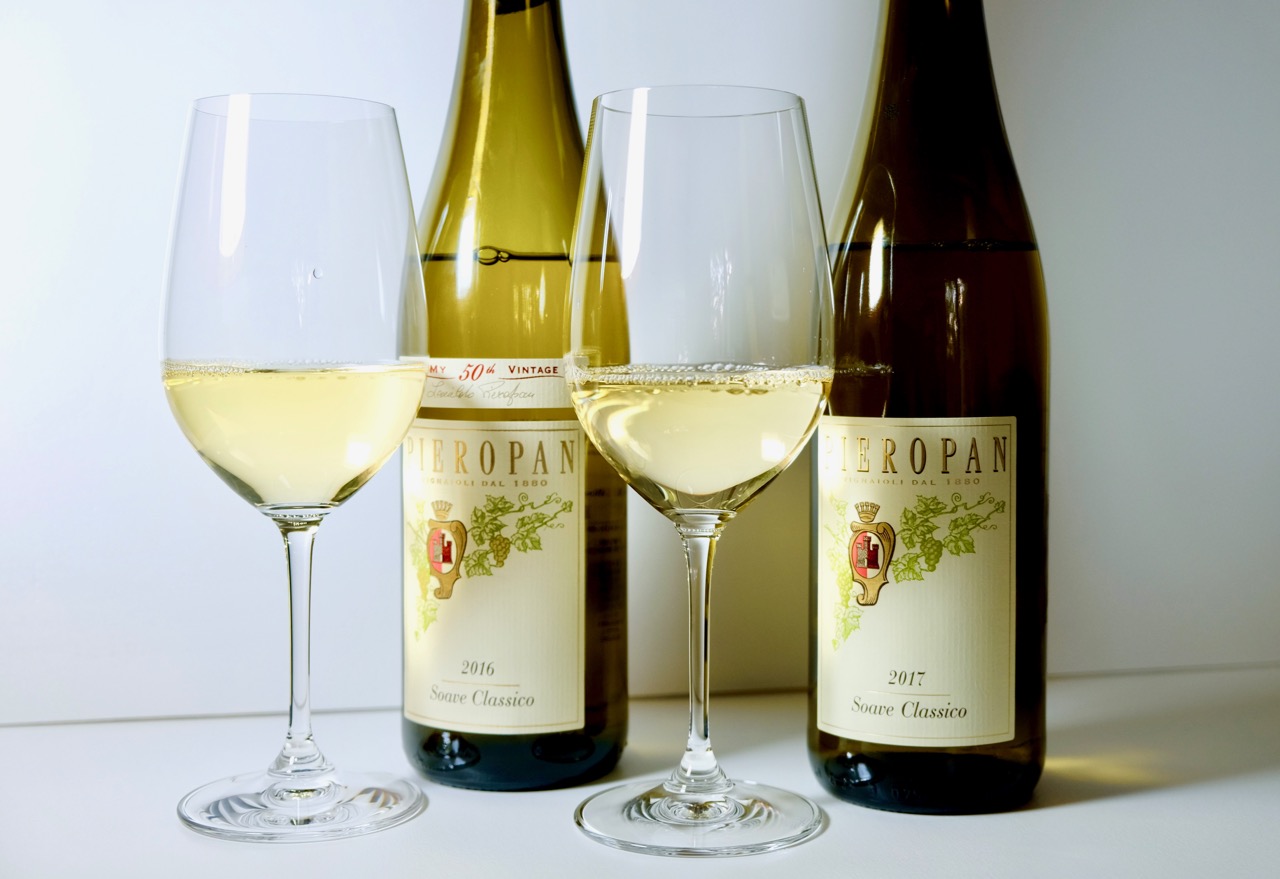 Recently, Eric Asimov, wine critic at the New York Times, invited his readers to discover — or rediscover — Soave Classico. This column was his latest episode of Wine School, in which he invites readers to find a particular style of wine in the marketplace, taste them at home with food, then share their thoughts online.

I rummaged the shelves of my local merchant, scoring two vintages of Pieropan’s Soave Classico: 2016 and 2017. I’ve enjoyed this wine in the past, along with the winery’s Recioto di Soave, a sweet style made with dried grapes. But it’d been some time since I tasted the dry wine, and I was eager to try this (short!) vertical.

For its Soave Classico, Pieropan generally uses about 85 percent Garganega, fleshing it out with Trebbiano di Soave (also called Verdicchio bianco), whose friendly aromatics add warmth to Garganega’s cool countenance. The fruit is estate-grown in the volcanic soils of their hillside vineyards, hand-picked, de-stemmed, pressed, and vinified in vitreous cement tanks, where it rests on lees for four months to build volume. They’ve been making this cuvée since the early 1900s.

The extra year of bottle age on the 2016 had exerted little influence, and I found the wines difficult to tell apart blind. Both felt fresh if a bit soft; “silken” is perhaps the polite word, but to me they fell shy of the nervy bite I seek in Soave. Still, their fragrant lift of vanilla and spring petals posed a lovely entrée, and they both finished with a clean almond bitterness that snapped at my back palate.

Soave in general and this wine in particular is a genial partner for light-fleshed fish and meats, milky cheeses, and herb-flecked cuisine. My garden was popping with spring produce, and the wine was a seamless complement to tender raw and blanched vegetables: peas, baby kale, spinach — even asparagus. Don’t serve it too cold, though. You don’t want to mute its fey floral charms.