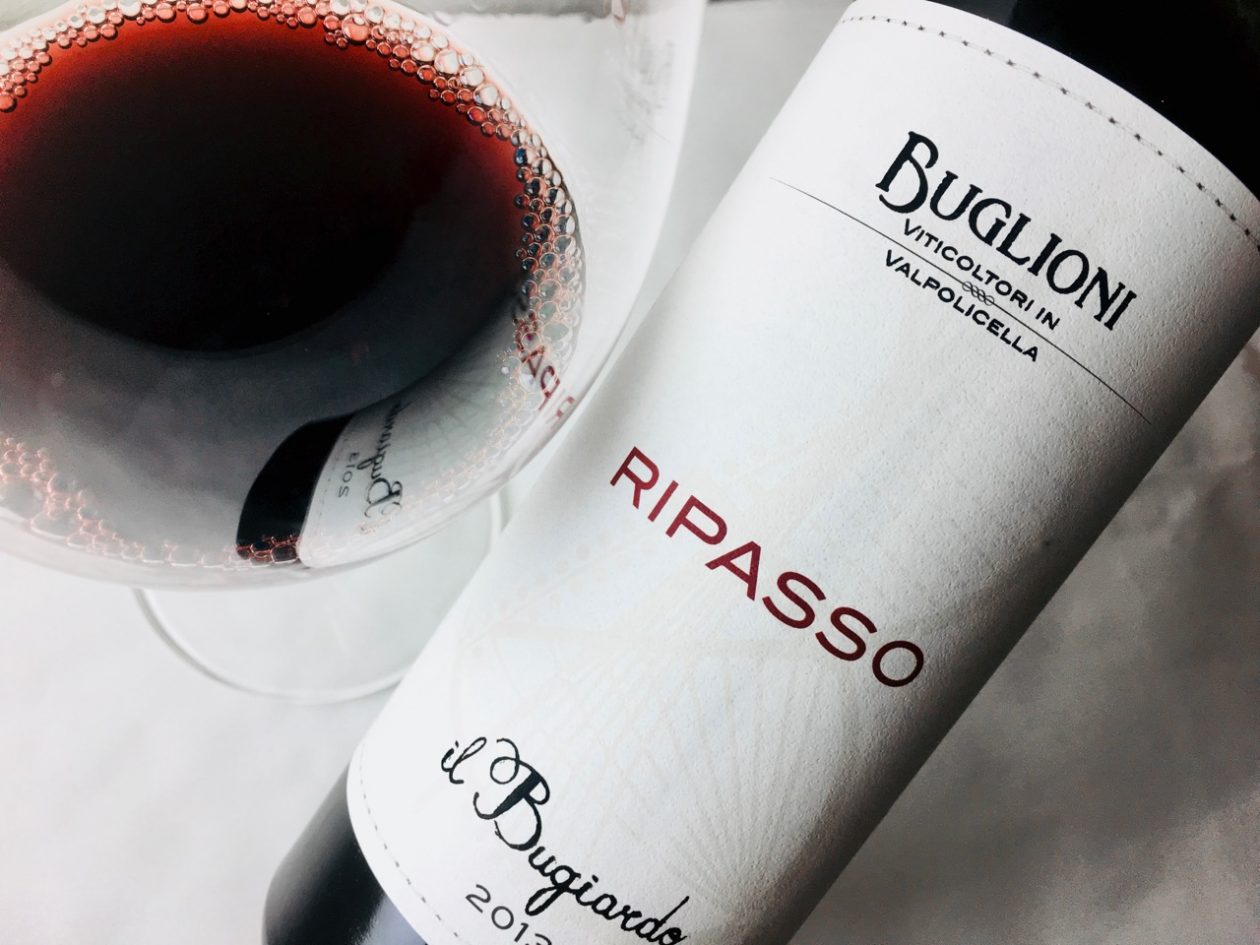 This wine is made from the region’s traditional red grapes — mostly Corvina with contributions of Corvinone, Roindinella, Croatina, and Oseleta. Some lots were pressed at harvest while others were dried until November, after which the dried fruit was vinified and passed over the Amarone marc (ripasso) for a second fermentation. Finally, all lots were blended and the wine aged for a year in Slavonian oak, partially new, followed by six months in tank and six months in bottle before release. Phew!