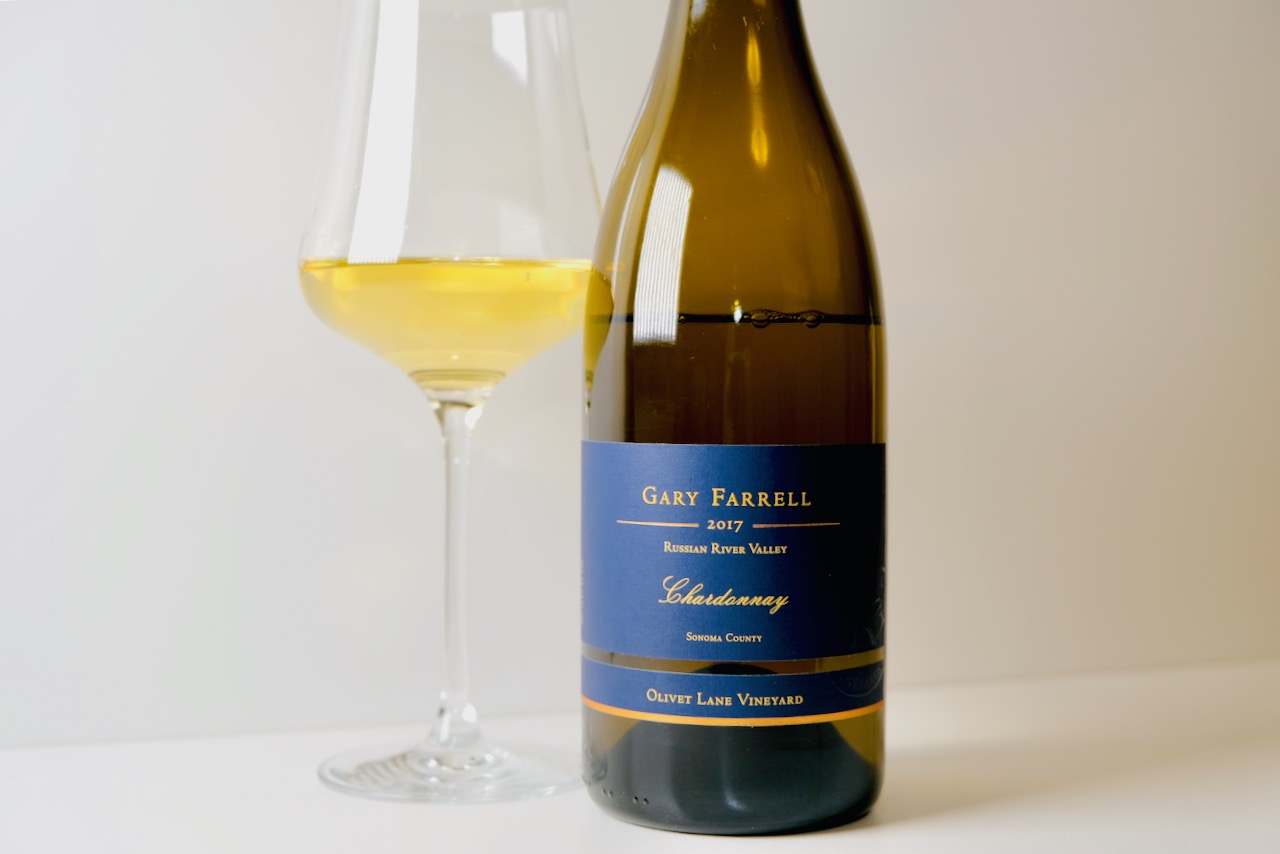 Ahe Olivet Lane Vineyard lies across a rolling 65 acres between Westside Road and Green Valley. Harvest for this Chardonnay began on the date of the complete solar eclipse, August 21, and finished on the Autumn Equinox, September 22. Picking tiptoed around heat waves, but with careful planning and a focus on early morning harvest the fruit all landed between 22 and 24.5 degrees Brix. The grapes were hand sorted, pressed, cold settled, then transferred to French oak barrels, one-third new, plus 500-liter French oak puncheons for fermentation and aging. The wine rested for nine months on lees and was racked only once right before bottling.

It’s a mélange: concentrated and satisfyingly weighty yet elegant. Its fragrance is like daffodils, waxy and yellow-floral, but also inflected with a sense of herbs, especially rubbed sage. These themes continue in the wine’s satiny body, with its citrusy fruits, both flesh and peels, and its savory, almost bitter flourish of almond and tarragon. The alcohol is in check, making the wine feel cooling rather than hot (like many other California Chardonnays).

More concentrated than the Russian River Selection but also more serious. Not stony or minerally, not reductive. Fully realized and ample.