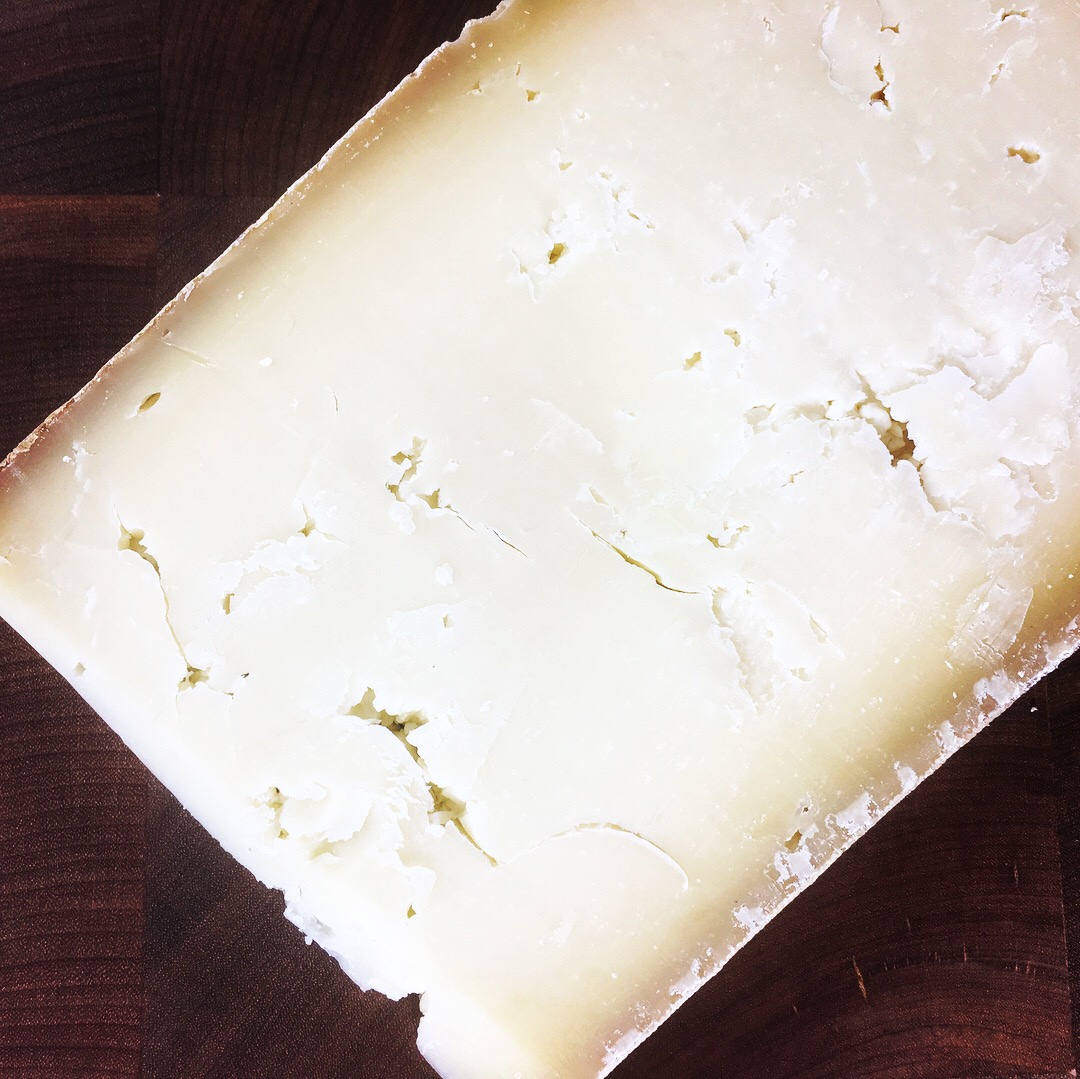 Traditional Dutch Gouda is a washed-curd cheese, a process that removes some lactic acid and sweetens the finished product. That means that when young, the cheese is mild and easygoing, but age, as usual, makes everything more interesting. As the wheel dries and concentrates, Gouda develops both huge umami savoriness and its characteristic caramel sweetness. The results are graded and classified by maturity, from four weeks of aging to a year or much more. Aged Gouda is one of milk’s greatest gifts to mankind.

Shadagee’s Reserve Gouda, like the Dutch original, is made with raw cow’s milk, and the wheels are aged for three to four months prior to release. Stylistically that makes it fall somewhere between Young Matured and Matured in the traditional grading system, and indeed it displays characteristics of both.

It wears a thin, buffy, natural rind, and its light golden yellow paste is dry and crumbly, populated by small holes and crazed with cracks. It flakes pleasingly into fragile sheets that melt on the tongue. The flavor is concentrated, both tangy and brothy, and while the center tastes of meadow and thistles, quite herbaceous, the drier edges under the rind are more mushroomy, bloomy and sharp with a strong, delicious note of chestnut honey. I’d like to try aging a wheel a bit longer. 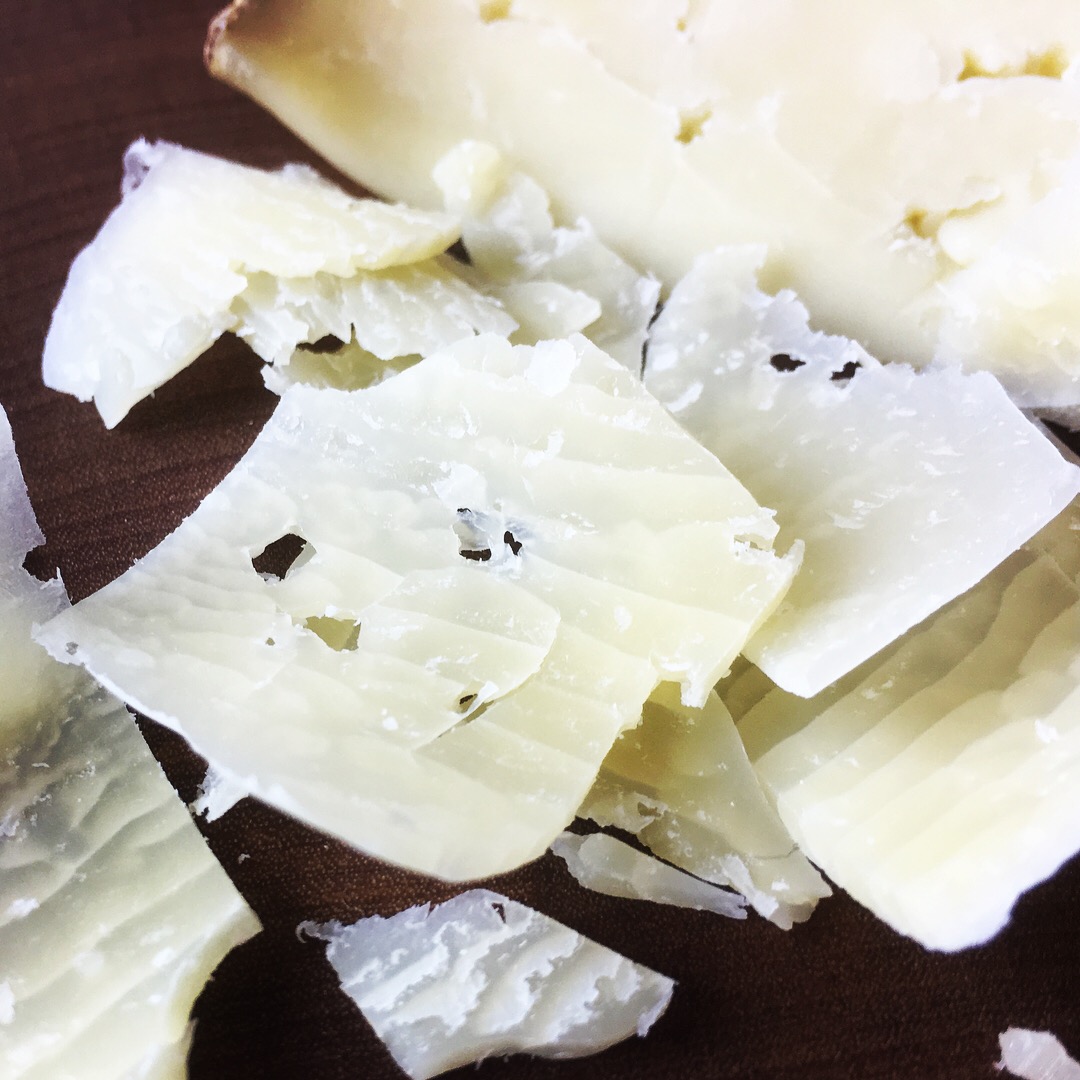 Pairing Wine and Other Foods With Shadagee Farmstead Reserve Gouda

Wines with some berry notes, some sweetness and concentration, best match the intensity of this cheese. Try Cru Beaujolais, Grenache, Ruché, or Frappato; Zinfandel is another traditional suggestion for Gouda. Aged white wines, especially barrel-fermented and full malolactic Chardonnays, have the oomph to stand up to its savoriness, while their suggestions of spice and caramel feel harmonious. (Read more about pairing wine with aged Gouda in an earlier article, Gouda, Plus Wine.)

On a cheese plate, drizzle it with chestnut honey and serve it with berries or slices of pear or stone fruit. It’s also great dolloped with onion or fig jam. Or, try it as a savory topping, grating a flurry atop pappardelle noodles or gratins, using as you would a good Italian grana.