Evaluating a young red wine is an exercise in prognostication: Is the wine worthy? Also: Is the exercise worthy? 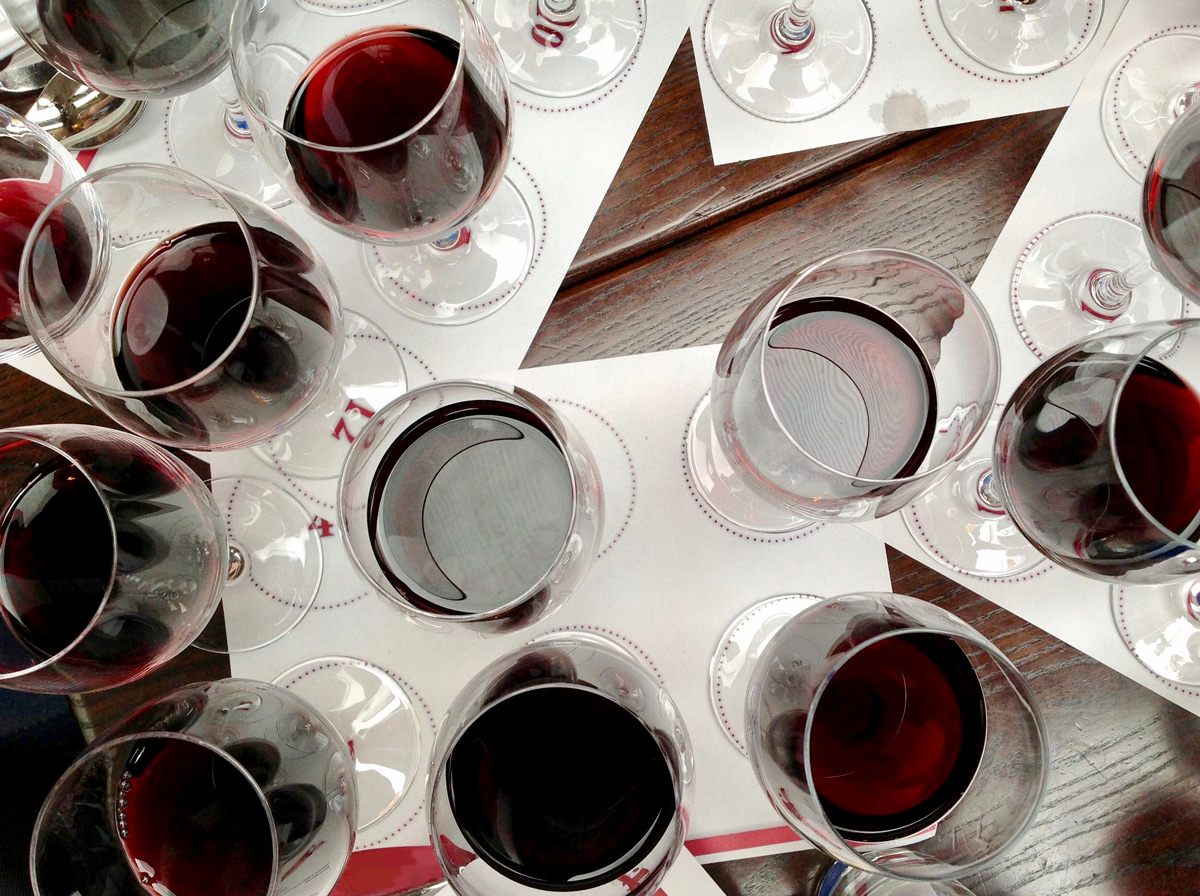 I recently received a case and a half of red wines from a Californian producer that draws fruit from some of the most expensive vineyards in Napa. The average bottle price is $250. I’m certain these wines are undrinkable.

Or undrinkable right now. The problem is not particular to this winery. Nearly every red winemaker has it, and the cause is principally financial. The problem starts with farming, because good land and labor are expensive. Wine takes time, and time is also expensive. If the winemaker must plant, there is a wait of three or four years before there’s sufficient fruit for production. Even if the winemaker is lucky enough to inherit, there is often a period of revitalization. After fruit is harvested and wine is made, the new red wine goes into expensive barrels to get used to itself. More waiting. Then it goes into bottles and there’s another wait, because just-bottled wine is jumpy.

Then, usually at the soonest possible moment, the winemaker releases the wine. It might be three or four years after harvest; in some appellations there is a minimum requirement. Still, the wine is not ready to drink, especially if it has been vinified to age. This new red wine is still forward and unintegrated, a cocktail of flavors and textures, fruits and alcohol. Perhaps some customers will hold onto it rather than pulling the cork within twenty-four hours (or one hour) of receipt. Perhaps some of the wine will endure to its exquisite maturity, the apotheosis of the vineyard’s idea for it. But regardless of this future-perfect vision, the red wine is released, because the red winemaker needs money.

The wine is also sent to critics in hopes of a positive review. This is a strictly commercial endeavor, designed to offer a glimpse and an opinion about the wine’s age-worthiness, and to convince distributors and consumers that the wine is worth the price. The strategy sometimes backfires. When I worked for a California winery, we released a new red blend that was, in hindsight, about twelve months too young. We knew the wine was tight, but we needed a paycheck. The reviews were unflattering and the distributors unimpressed. Sales were slow. Then, over the next nine months, something magical happened in the bottle: the wine grew up. It became nice. Not vin de garde nice but thirst-quenching nice and a good value. But because it had earlier been dismissed as unsellable, few had the patience to re-taste.

Most critics will agree that wine is not easily dissected under the best circumstances, but youth complicates matters. Reviewing a too-young red wine is like tasting pinches of a chef’s mise en place to critique the cuisine. The wine’s elements remain isolated from one another: fruit, wood, spice, acids, and aromatics standing in the corners, hands in their pockets, whistling. It is difficult to know with certainty what these ingredients will become when they start to play with one another and with that fickle trickster, time.

As a wine critic I’ve had to cultivate an understanding of how bottle evolution and its evil twin, dissipation, can play through. It is an exercise in prognostication, a wearing of future-goggles. I evaluate the wine’s elements and its gestalt, then forecast how time might bolster the wine or make it unravel. Good fruit, good acidity, solid tannins, gorgeous structure? It might be age worthy. Acidity too low? Tannins flabby? Probably short-lived.

It’s a privilege to be entrusted with this exercise, but I don’t find it wholly enjoyable. The young wines feel obvious, gangling, unsuitable to food. They’re difficult to admire in the way that I could not, now, fall in love with a twenty-one-year-old person. True, some red wines are made to be opened soon, and they can be tasty if not especially detailed. But the wines I’m talking about, like those Napa cult reds, are thoroughly no fun to taste young.

Mostly, though, I dread this exercise because I’m acutely, painfully aware of my own fallibility. I’m reasonably good at what I do, but I am not a soothsayer. A wine that seems promising sometimes lets us all down, refusing to knit together or simply flattening out, the fruit collapsing under a rickety framework of oak and acids. And evaluating a single bottle and trying to make future inferences is an especially foggy clairvoyance.

Still, I’m willing to play a role in this strange burlesque as a way of paying homage to the wine’s potential. A red wine that has flowered into its drinking window no longer feels like it was just pulled from the tinker’s kit. It feels leathery and well-oiled, earthy and complex, deep and tall, complicated. Having assimilated the primary qualities of its fruit and the secondary qualities of its élevage, it has entered its third age, which is about the embroidery of time on both. It has a personality. Now we’re getting somewhere. Now it’s possible to say whether the wine was worth its price, paid perhaps ten or twenty years ago, when all of us, myself and the wine, were shiny and free of stain.

I treasure such wines, wines that taste like experience, that have become wise and, with wisdom, evocative of something beyond themselves. I want a wine to remind me of something, of a new-mown field in late August, of holding my first lover’s hand, of tremulous sunlight and the scent of the forest when I first understood rain. Wine is a marriage of flavor and sensation and emotion, and my demands on it are the same as my demands on existence: show me.

I’ll open and review those Napa samples. They might be worth the money, and I might be able to tell. But perhaps it is wiser to save them for the moment we’ll truly be ready to experience each other, along with all the joys and sorrows of the world.

Many thanks to Terroirist and Wine Industry Insight for recommending this article to their readers.