Students of cheese know that “Swiss” cheese is not truly a cheese from Switzerland, but instead a category of cheeses styled after Swiss Emmentaler and made principally in the United States. “Baby Swiss” inherits this lineage, referring to smaller wheels that are milder and have tiny eyes. That style was invented in the 1960s by Swiss-immigrant cheesemaker Alfred Guggisberg who, having established his cheesemaking operation in Ohio, set out to fashion a small creamy-tasting wheel he gambled would appeal to American palates. The cheese took off, and Guggisberg’s factory in Amish country remains one of America’s largest producers of Baby Swiss style cheese today.

The Boggy Meadow Farm in Walpole, New Hampshire, producers of this particular Baby Swiss, has been continuously farmed by the Cabot family since the mid seventeenth century. The site borders the Connecticut River and Vermont, about 25 miles north of the Massachusetts. In the late 1990s, dairyman Powell Cabot began to supplement milk production with a cheesemaking operation, a typical value-added choice for farmers squeezed by commodity milk prices, producing a Baby Swiss in both plain and smoked forms. 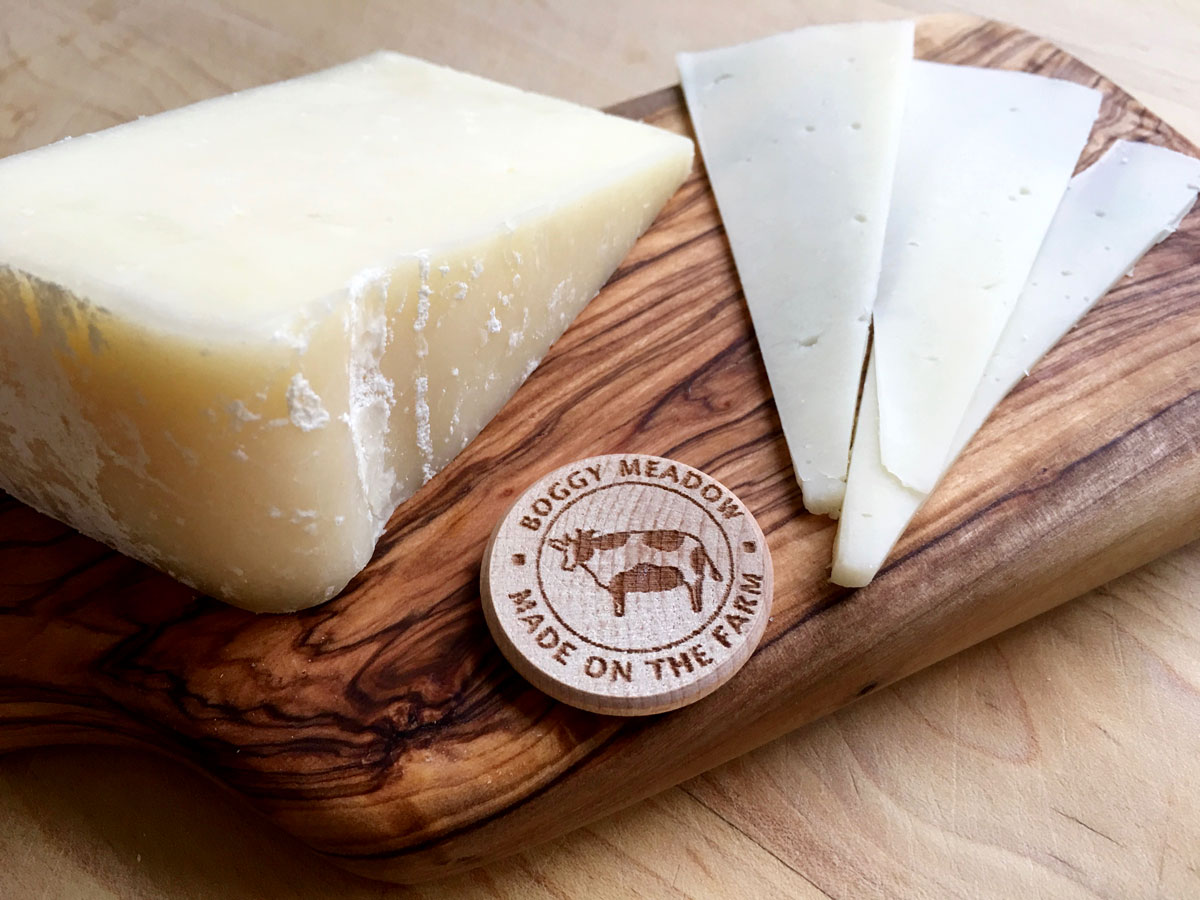 After the death of Powell Cabot and his wife, Bernadette, the next generation of Cabots took the reins. In 2004 Stephanie Cabot and her husband Marcus Lovell Smith moved into the farm, swiftly introducing a second cheese, a cave-aged Tomme-style called Fiddlehead, along with a spirit, Switchel Cider Vodka, a potent spin on the traditional New England quaff.

To make their Baby Swiss, Boggy Meadow uses whole raw milk from a mixed herd of Holstein-Friesian and Brown Swiss cows. The curd is washed during the make process to lower the overall acidity, and the cheese is formed into five-pound wheels and then aged over sixty days to produce the characteristic propionic eyes. It has a natural rind, and the fragrance and flavor are both mild and buttery, the paste is springy and light-textured, but the cheese finishes in a faint thistle bitterness. 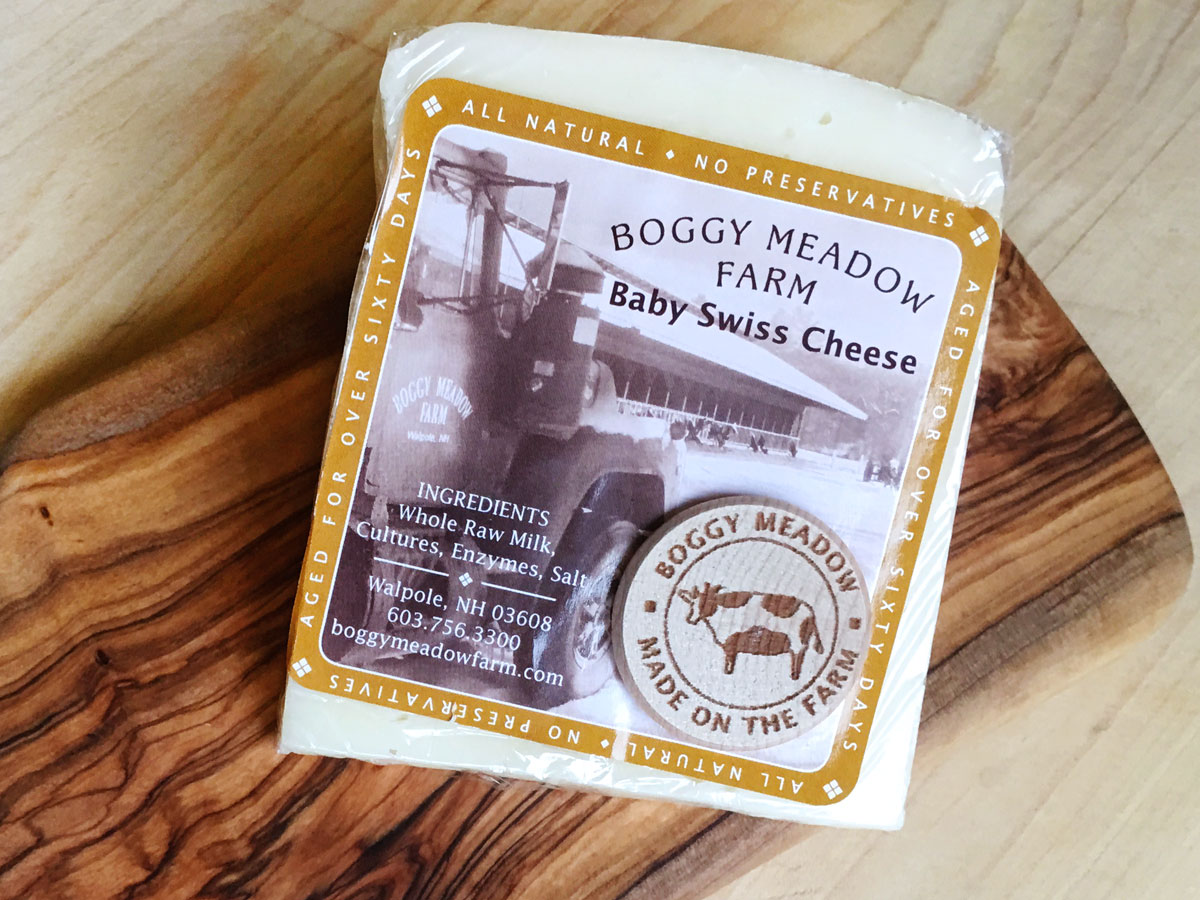 Pair Boggy Meadow Baby Swiss with dry rosé of almost any provenance, or with white wines that have medium body, including both oaked and unoaked Chardonnay and grassy Sauvignon Blanc. It’s also good with lagers and pale ales. Try it melted atop open-face sandwiches (tuna melts!) and burgers made from beef or bean. I like it as a snacking cheese, especially with cold cucumbers and a crackle of black pepper, a combination that makes me nostalgic for the summers of my youth.