Wild-fermented, cultured with koji, and cured on the bone, this pancetta adds soul to braises, soups, and stews 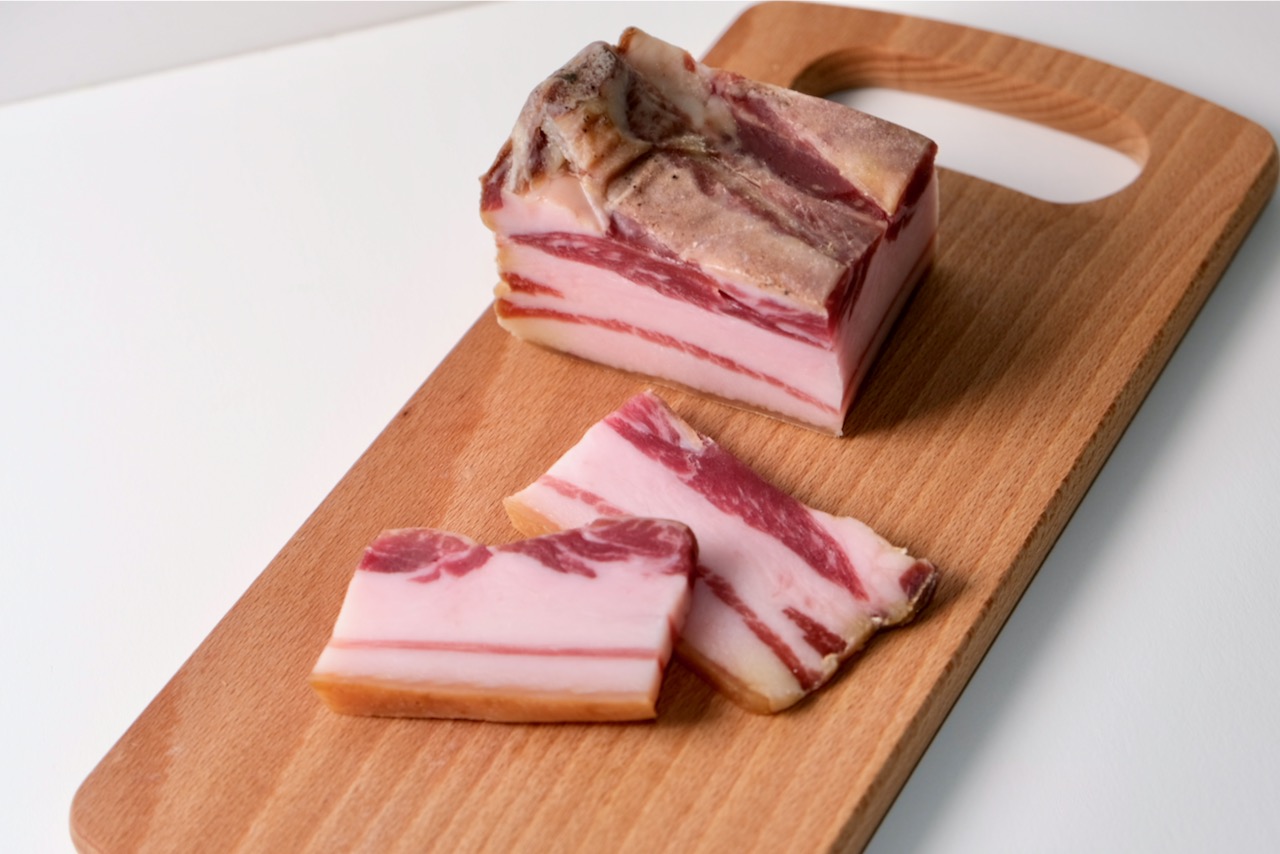 As a former vegetarian, I don’t eat much pork. I want to know the animals that become my food were humanely raised and the meat was thoughtfully processed. I also value regionality, and try to support neighboring farmers and farmland. That leaves me only a few options for pork, at least where I live — and I live surrounded by farms.

So I was delighted to discover A Small Good, a tiny charcuterie in Rockport, Maine, run by Oliver Perkins. Originally from Australia, Perkins trained in butchery in central Massachusetts before moving with his wife to the New England seacoast. Since 2017, he’s been producing cured meats made from livestock pasture-raised on a select group of Maine farms. Perkins sources whole animals and primal cuts, then uses traditional seam butchery to minimize waste. He has also developed his own wild cultures for curing the meat, starting with a base of spent cider pomace from a local cidery and enhancing it with lactic acid brines. All salumi are further cultured with koji mold (Aspergillus oryzae), which is used in Japan to produce miso, soy sauce, and sake. I find it gives the finished salumi an earthy tang.

A Small Good’s line currently includes four types of salami, plus cured cuts coppa, lonza, guanciale, and the pancetta shown here. I especially love the Ramp Salami, with its zing of alliums, and the Hard Cider Salami, phenomenal served with a range of cheeses and all washed down with — well, hard cider. All products are available from their online shop. 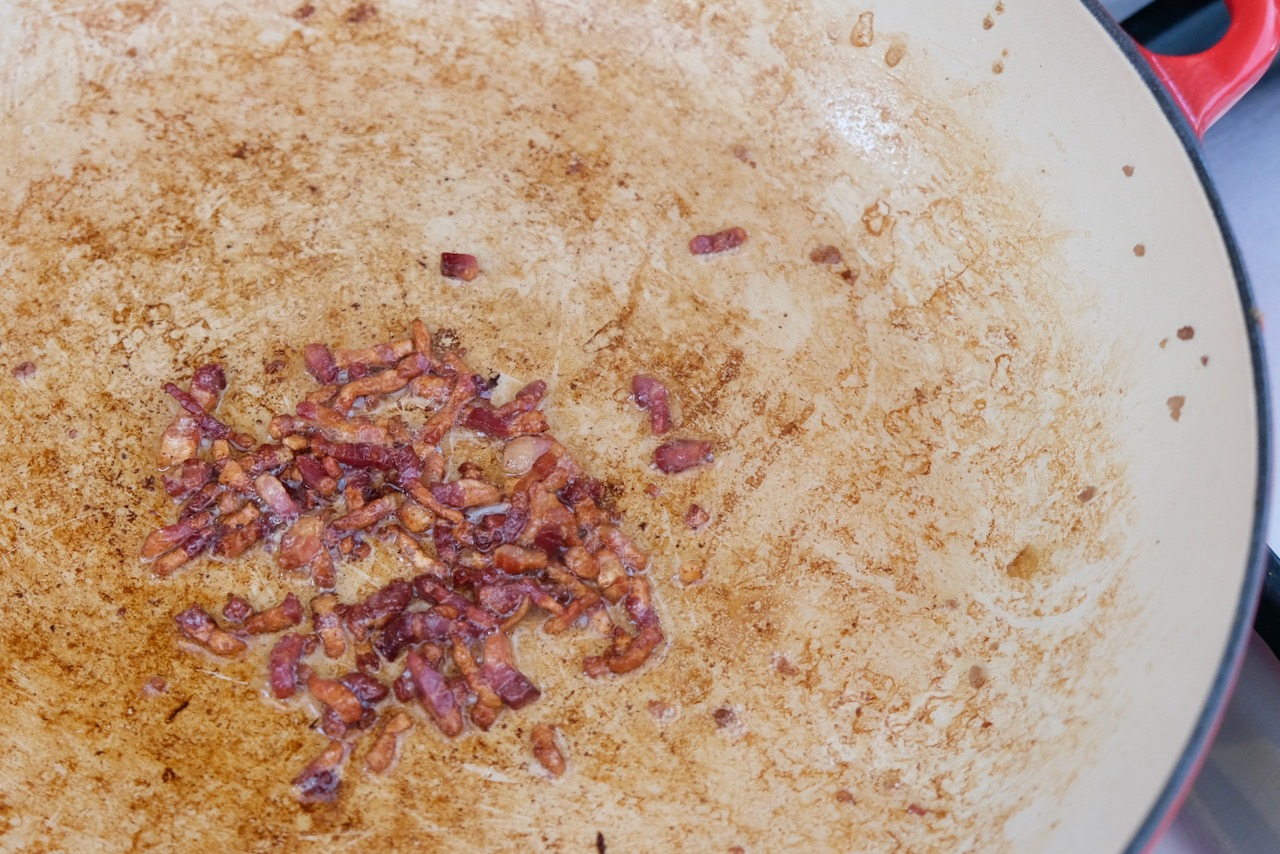 It’s the pancetta I almost always have on hand these days. The meat is cured on the bone, and each 6-oz. piece reveals a scar where the rib was cut away before packing. I use the pancetta sparingly to create a rich bass note for sauces, stews, and soups.

Here’s one option: To enhance a marinara, slice off a half an ounce of pancetta, trim the tough rind, then dice it fine. Sizzle it on low heat for a few minutes to let the fat render and the fragrance bloom, then toss in some sliced garlic and, within a minute or two, a large can of plum tomatoes. Simmer for twenty minutes, about as much time as it takes for the pasta to boil, then season, toss, and serve.