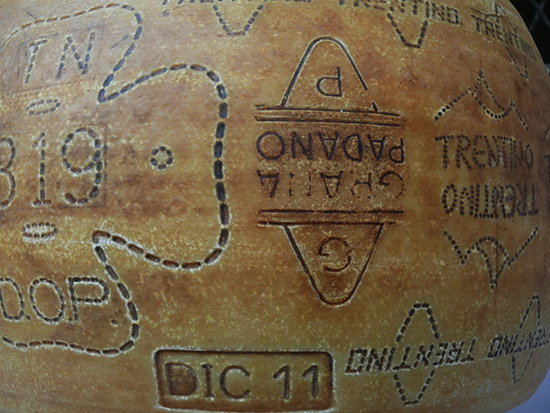 September landed me in Trento, Italy, a guest of renowned sparkling wine producer, Ferrari. Their wines are magnificent (on which more later), but the trip wasn’t all bubbles. Ferrari also treated our group of twenty sommeliers, wine buyers, and wine writers to educational sessions on the region’s long history as the kettle of Italian mountain viticulture and victuals.

That’s what brought Alvaro Giuliani to Ferrari’s ancient Alpine palace, Villa Margon. Giuliani is proprietor of Bottega Trentina, a specialty purveyor of regional cheeses, salumi, condiments, and wines in the center of Trento. He hefted a wheel of Trentingrana—also known as Grana Trentino—onto a table in Margon’s loggia, and proceeded to open the cheese.

Open? You could say cut, but the process is more ceremonial than mechanical. Trentingrana is to Trento as Parmigiano-Reggiano is to Parma, viz., the region’s signature hard-aged grating cheese. This one was minted in December 2011 (see the mark above: “DIC 11”), so its exodus from the cellar was something of a coming out. 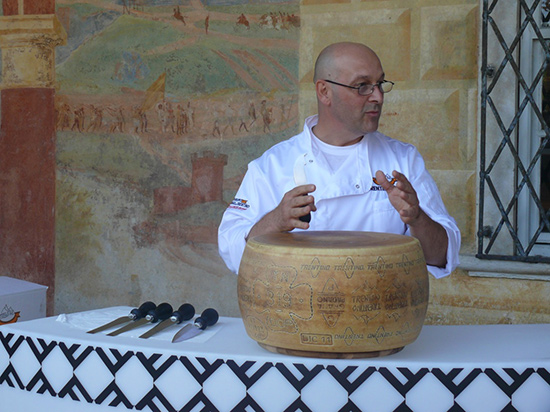 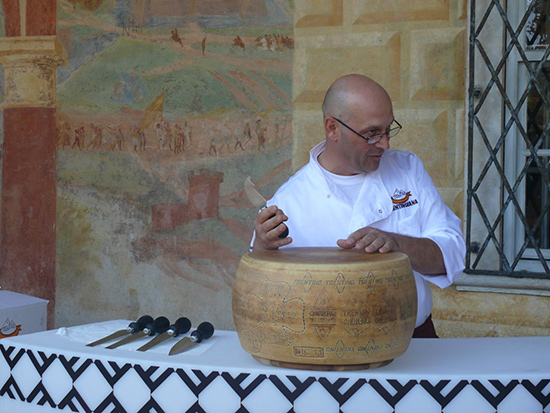 —and proceeded to scribe a deep line around the cheese’s equator, bisecting its “Trentino” hallmark: 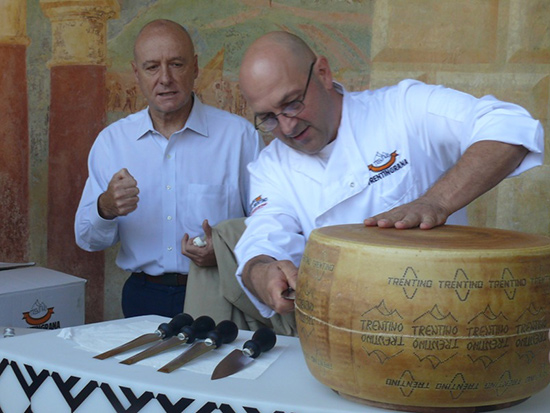 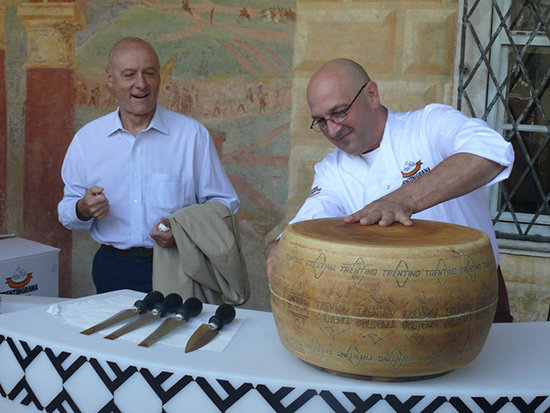 Next, Giuliani thrust three chisel-shaped knives deep into the belly of the wheel, spacing them at equal intervals: 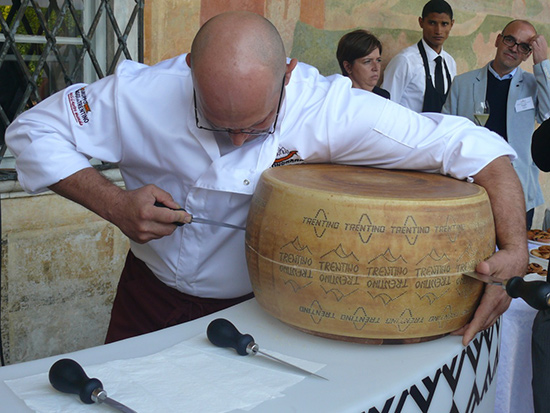 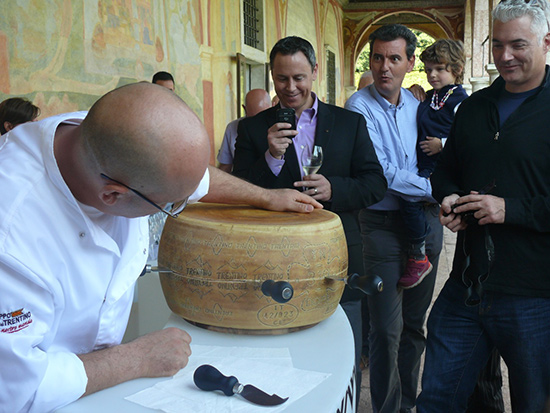 After a few minutes, the rind began to crack open at the score, and with a little extra push from Giuliani, at last the wheel split in two at its meridian: 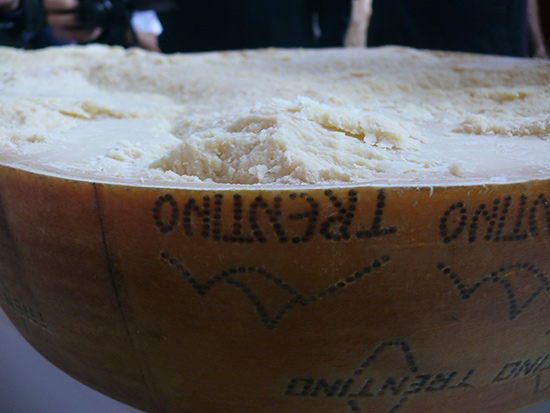 We gathered close to the sniff the cheese’s first exhale, a breath of savory, nutty redolance from its umami-rich core: 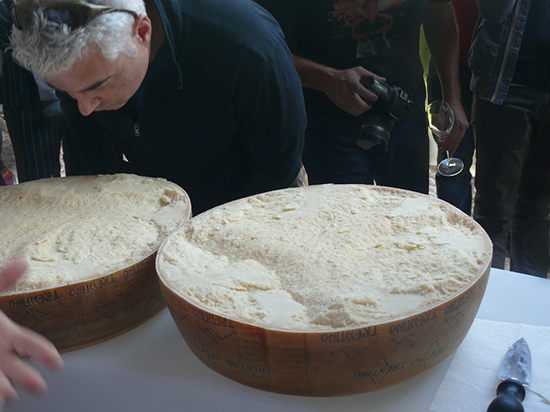 It smelled like a beautiful, lees-aged sparkling wine—just like Ferrari’s wonderful Trentodocs, which have a gorgeous savory aspect. Is it any wonder this wine, and this cheese, pair so beautifully? 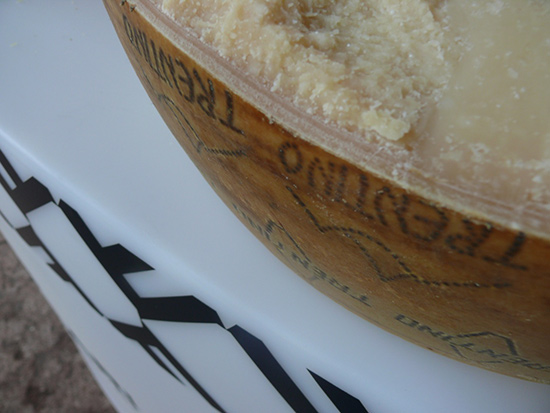 Many thanks to Wine Industry Insight and Wine Business for sharing this article with their readers.