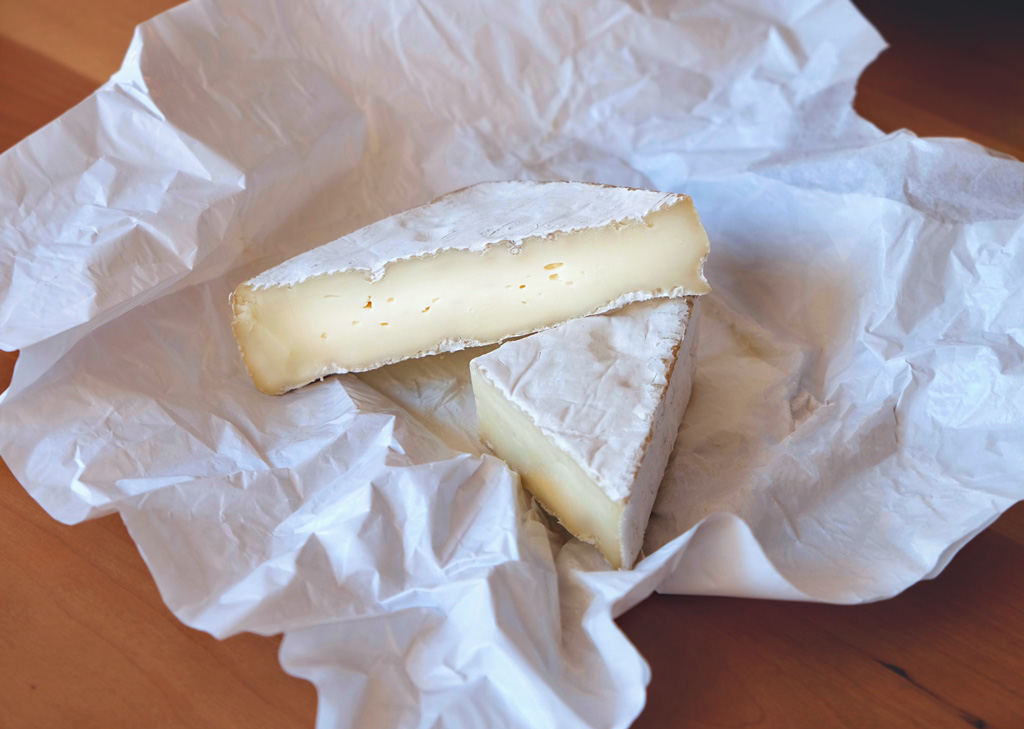 Plymouth Artisan Cheese is better known for its hard cheeses, including cave-aged wheels and hand-waxed cheddars produced in one of the oldest cheese factories in the United States. In June of 2017, this Vermont cheesemaker introduced Ballyhoo Brie, an 8-oz. soft-ripened cheese with a natural bloomy rind. One year later, Ballyhoo scored a silver medal at the American Cheese Society awards.

Made with pasteurized cow’s milk, the square-shaped nugget is deeply redolent of mushrooms and earthy sous-bois. Its creamy, springy paste is an explosion of butter and roasted hazelnuts, with a brothy umami finish. Still, the cheese manages to retain its milky qualities, and melts away quickly on the tongue.

It’s rare to find an American Brie-style cheese with personality. This one delivers. 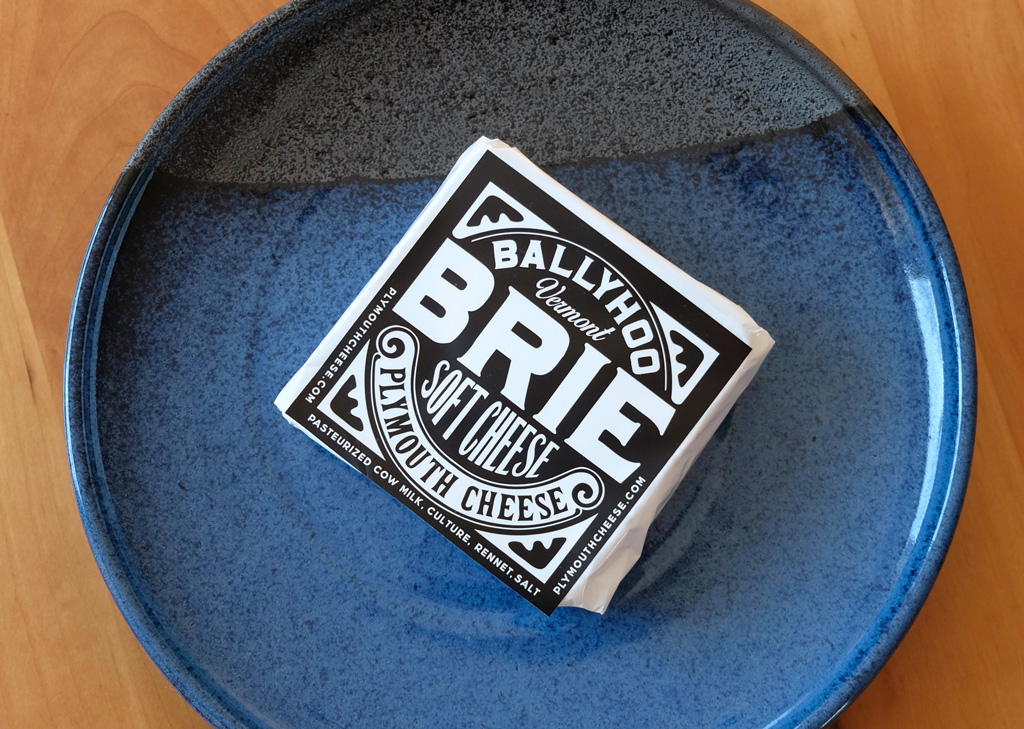 Written By
Meg Maker
More from Meg Maker
“As if pears had been soaked in bay leaf...”
Read More