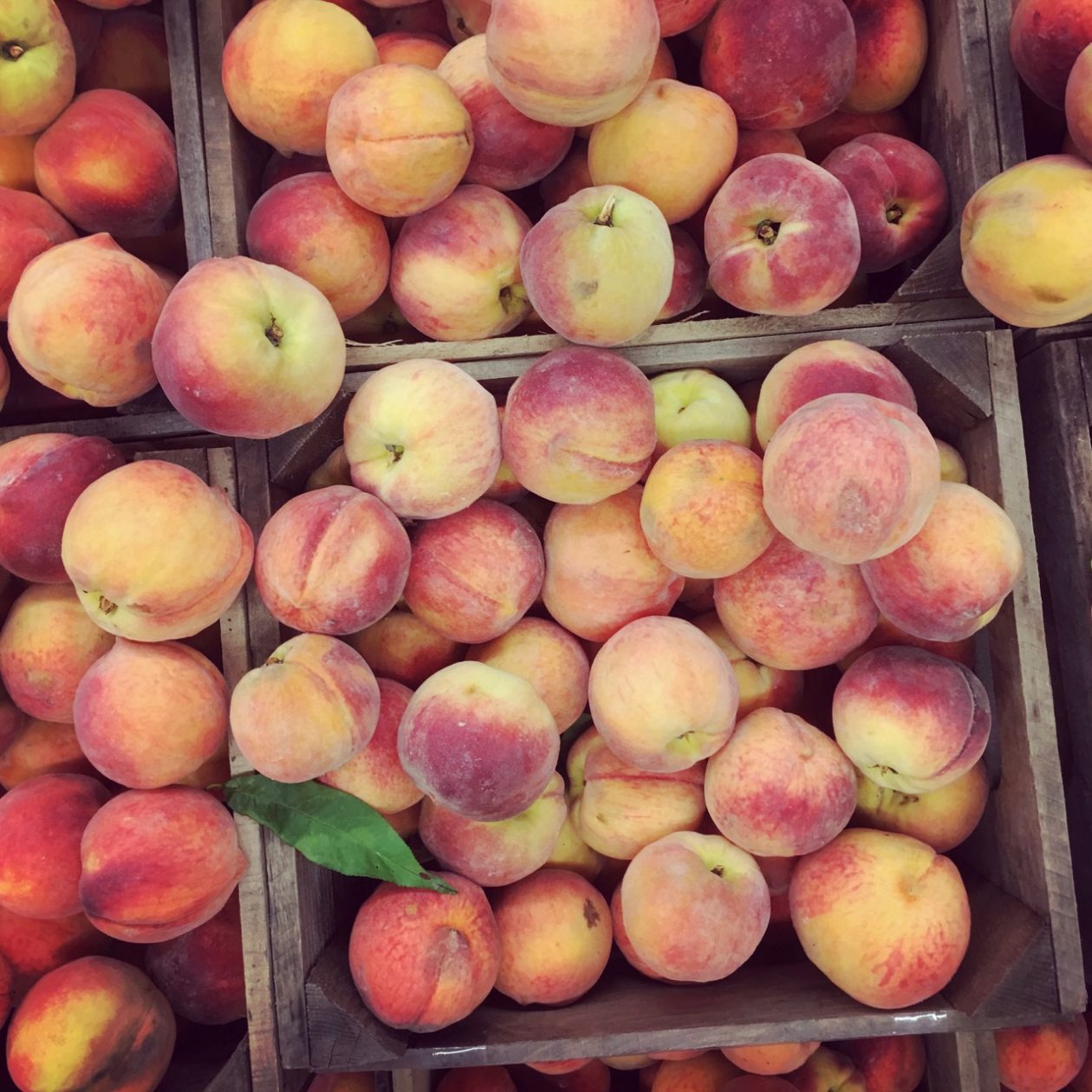 Can peaches in August,
eat summer in January
seems a joke in those dog days
wasted in the kitchen,
the shine of steam
rising from the blanching-water
where the fat fruits leave
behind their skins & emerge
whole & slick to be pitted,
sliced & stuffed to the rim
of quart jars, scalded
with sugar-syrup, lidded &
dunked again in the boiling
churn to lock their sweetness,
jars cooled & dated, packed
in a box in the back
of the pantry, forgotten
while we escape
to the nearest body
of water, where our skins
steam when we plunge in—
but today, while the sun refuses
to rise more than a fist-length
above the ridge & cold
punches color from the landscape
& chews unshielded flesh
like the meat of spoiled fruit,
is there—can there be—
a greater joy than this: to open
the seal of a jar of August
peaches & warm our
bitten hands in its light? 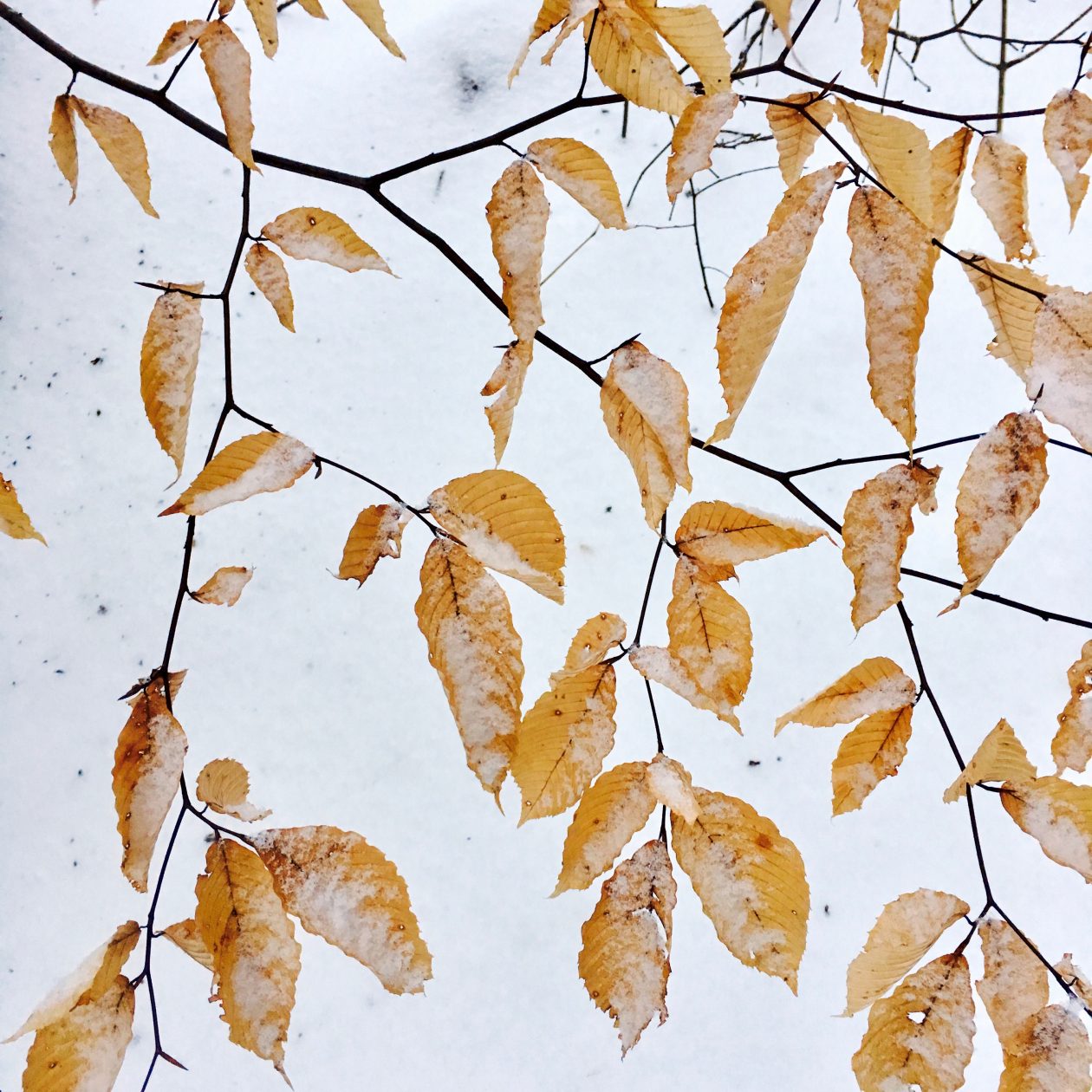 The first half-hearted snows slink the landscape
like a hangover, so quiet we wake to find
the country’s finery torn down to bare bulb.

gardens overgrown with it, gauche abundance
subtle as a drag queen, loud as a middle school
marching band, frogs and songbirds bragging

dawn and dusk like drunks braying in the streets.
But the boasts have deflated, birds vanished, frogs
burrowed in muck, blood turned to antifreeze.

mud prints to fossil, and the gray light makes plain
every forgotten disturbance, every saw cut and rut.
All the misguided, unfinished human effort. 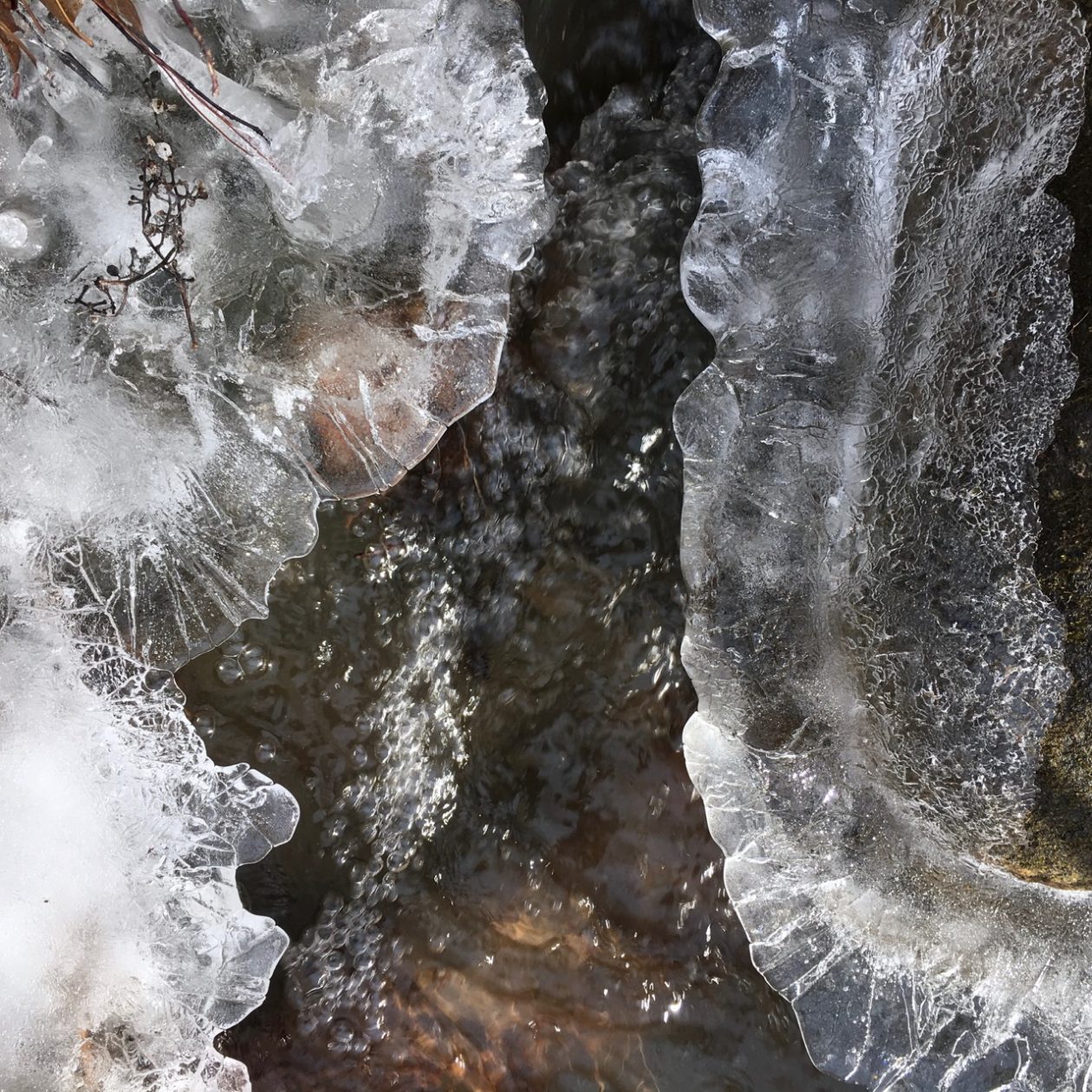 Fog walls the road so thick
I pass my house without seeing,
and without seeing pass Caldwell’s hill
and the Moses place, rebuilt
since the fire, and the snow fields
where Stone’s herd used to graze,
and the blind junction where a sign—
the only green thing in the great
grayed-in landscape—points up
to the old Stevens farm and its
empty sap tanks, and the little
hilltop graveyard, socked in
like the rest by the rising melt.
Clear days, the dead see for miles. 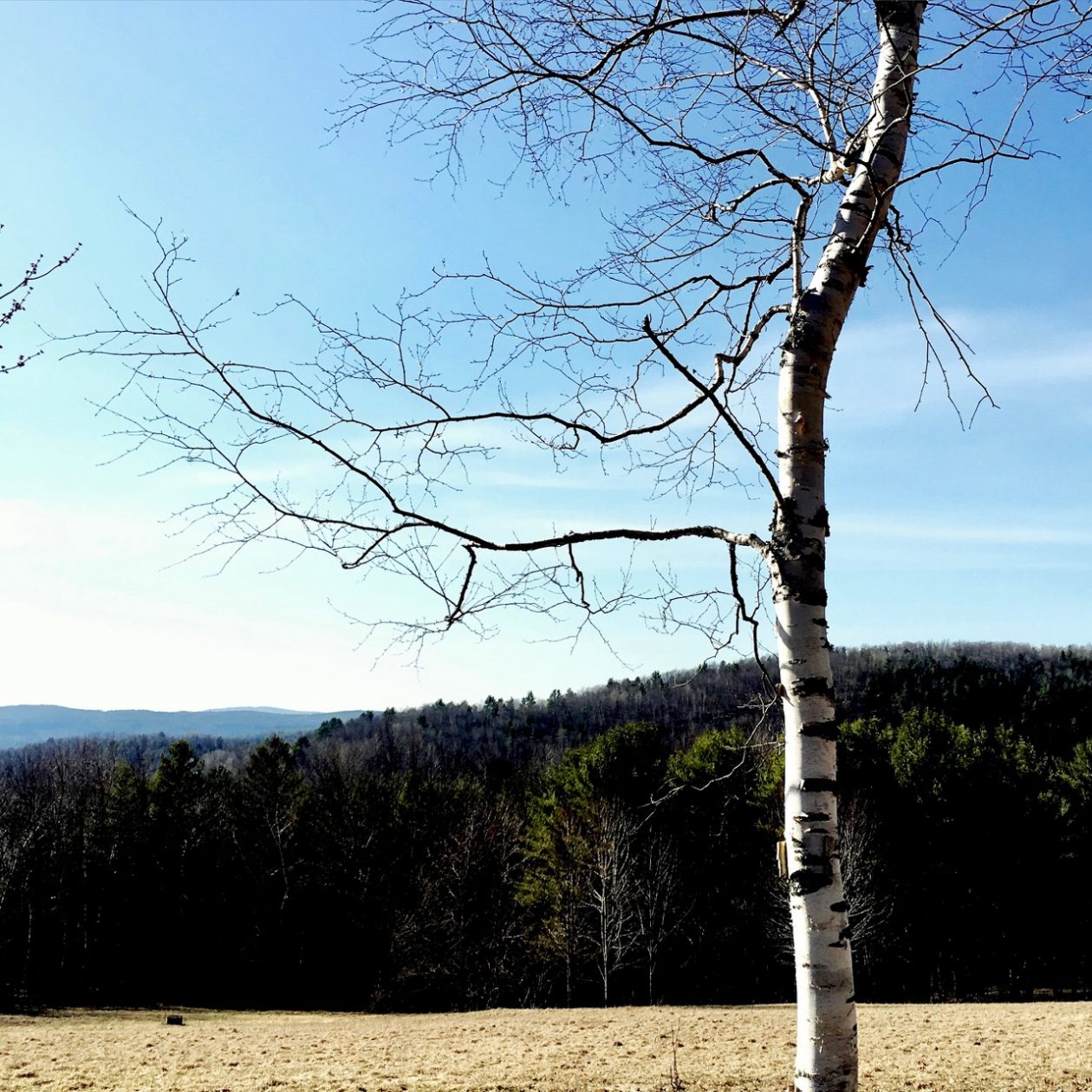 the robin hunches
on the porch sill

the green world
beyond the glass

it has exhausted itself
beating wings against

each attempt made
in disbelief of

so transparent a lie 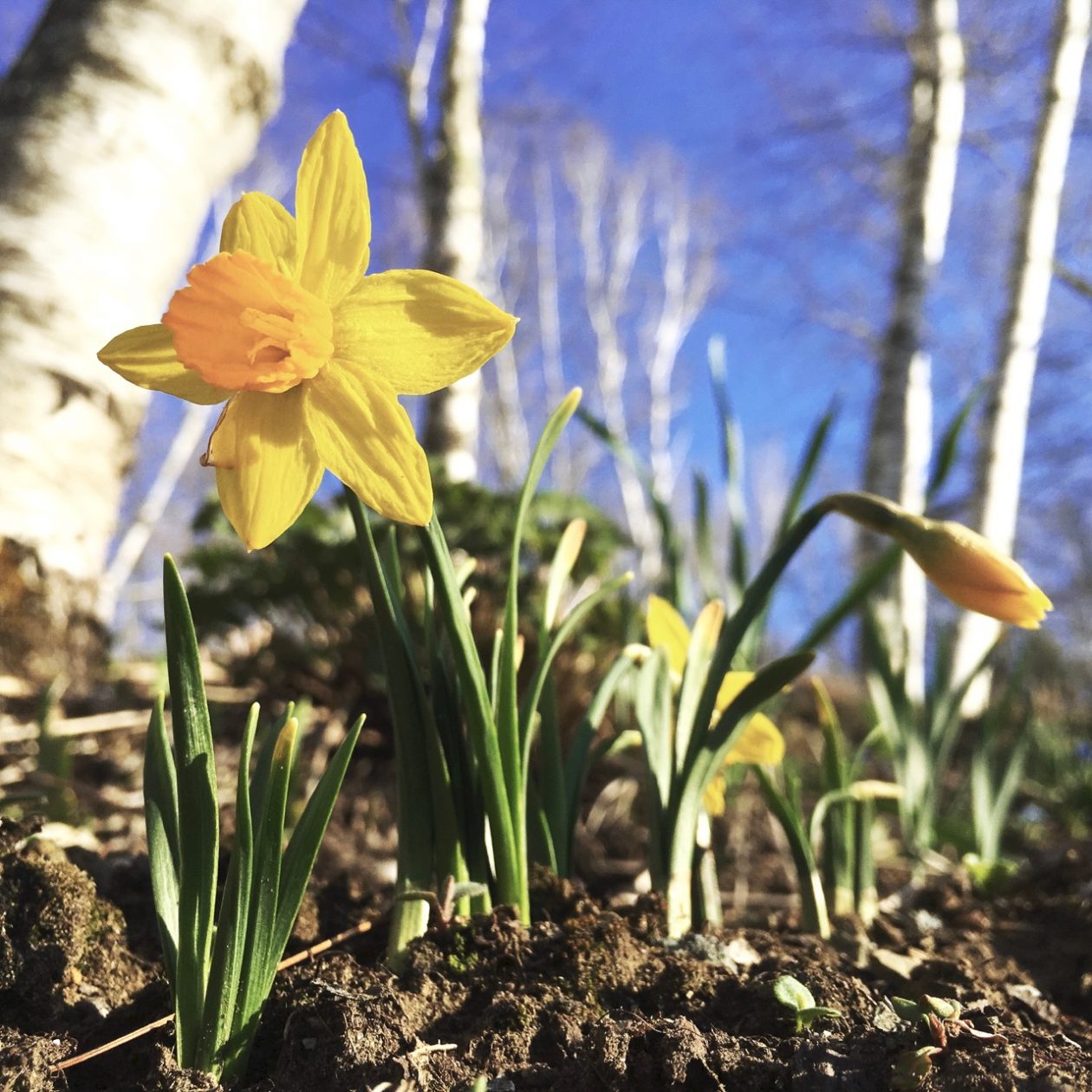 Hannah Silverstein lives in Vermont. Her poetry has appeared in The Ekphrastic Review, SWWIM Every Day, and The New Guard. Follow her on Twitter at @hillhannah.