“Strawberries and mint and refreshment...” 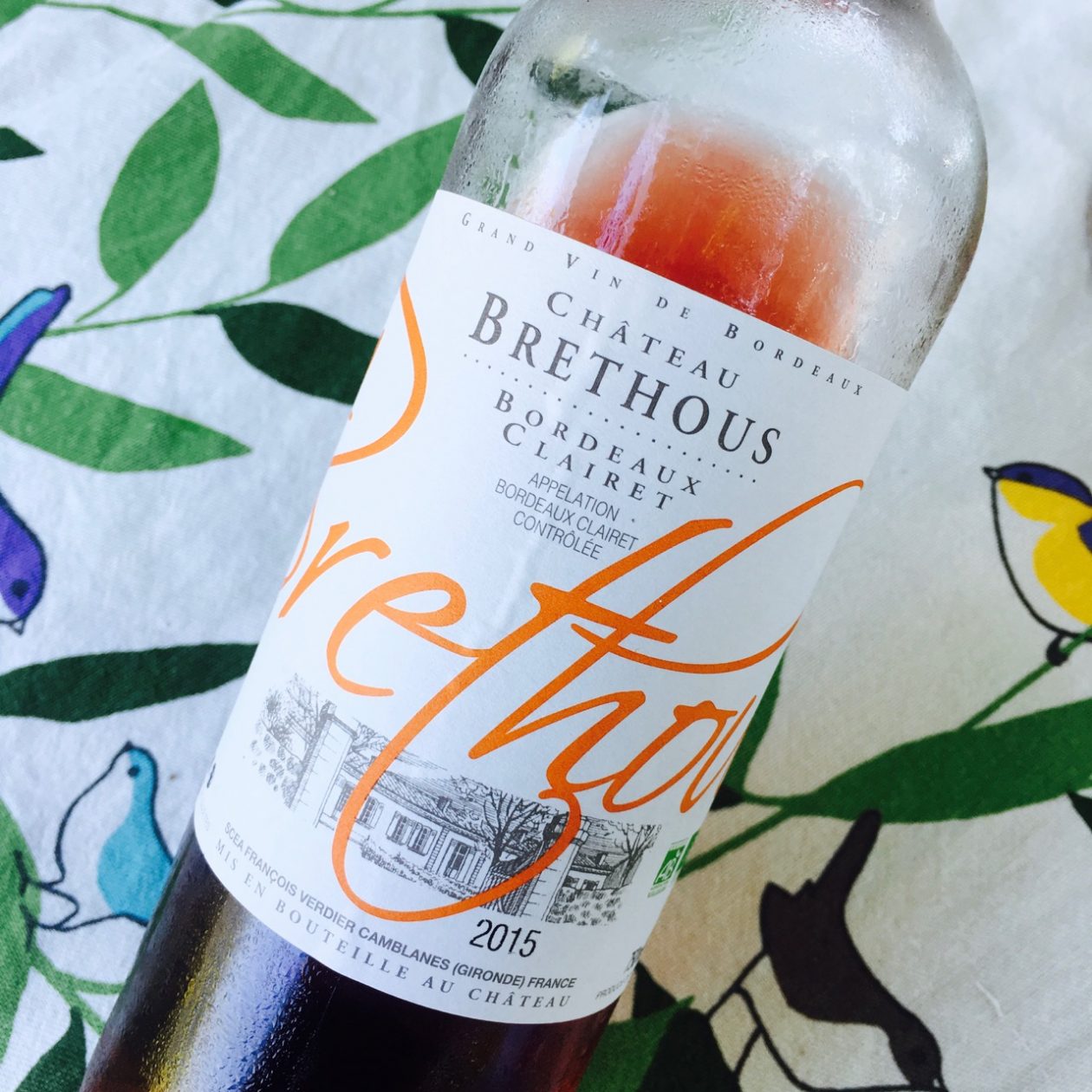 Bordeaux Clairet is a rosé but a dark one, produced with a longer maceration than most rosé, shorter than most red. The style may have roots in the Middle Ages, or is at least a nod to the pallid color of red Bordeaux wines shipped in quantity to England during that period, for consumption young.

Although Château Brethous sits squarely in Cadillac Côtes de Bordeaux, a stripe of gravelly limestone-clay that flanks the west side of the Entre-Deux-Mers, Clairet is not an allowed style in the sub-region, so this dark pink stepchild must wear a different label: Bordeaux Clairet Contrôlée.

Winemaker Cécile Mallié Verdier, her husband Thierry Mallié, and their family live in the center of the forty-two hectare Brethou estate in a farmhouse dating to the eighteenth century. The fifteen hectares of vineyard are about sixty years old, dominated by Merlot with some Cabernet Sauvignon, Cabernet Franc, and Malbec. Yields are low, only about 42 hl/HA.

Viticulture has been organic since 2008 and is in transition to biodynamics. Verdier collaborates with an informal guild of about thirty small, biodynamic Bordelais producers to make the preps needed for the vineyard applications.

Biodynamic and organic viticulture can be challenging in such a wet region where disease and mildew pressure are high, especially between April and July. The 2016 vintage has been particularly challenging. “This year it has been quite difficult because of the rain,” said Verdier, referring to the steady soaking the region endured throughout the early summer. But, she said, “We live here. We don’t want to be surrounded by chemicals and carcinogens.”

Brethous makes this Clairet from a blend of Malbec, Cabernet Franc, and Merlot grapes, which enjoy a two-day maceration on skins. This imbues the wine with a saturated salmon-pink color, but the body is limpid, too, very clear. It’s fragrant of macerated strawberries and mint, and the wine’s texture is light and vanishing. And as it vanishes, it refreshes.

The Clairet is not exported to the U.S.; Brethous Côtes de Bordeaux red wines are imported by Free Run Wines.
Sample tasted at the winery on 19 July 2016.