“A California Vermentino that tips its hat to the Old-World style...” 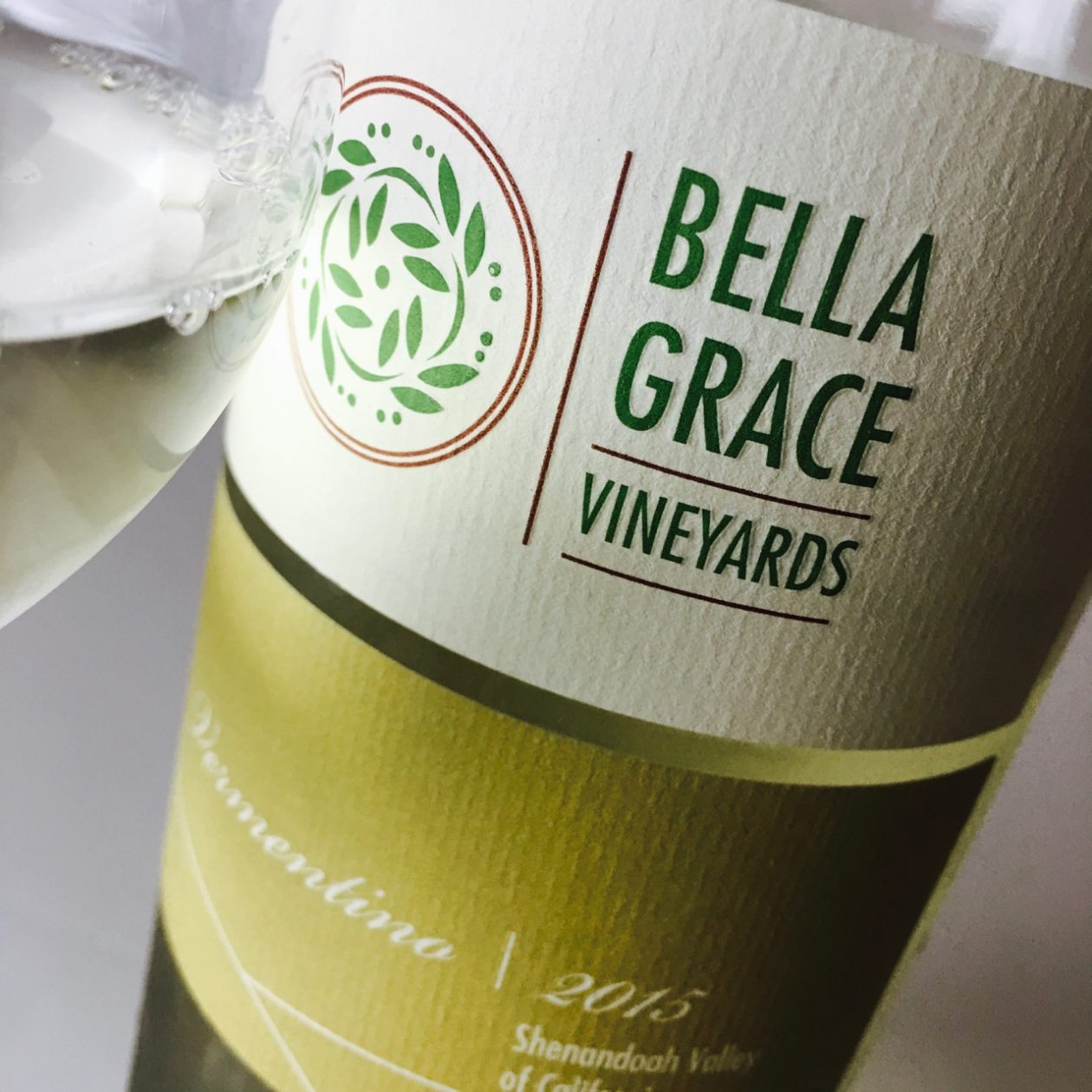 Vermentino is not widely planted in California. In 2014, the most recent year for which there’s data, there were a mere 66 acres in the state. Tablas Creek grows some in Paso Robles. There’s a little in Lodi, a smattering in Carneros and Temecula.

The grape, hailing originally from the warmer reaches of the Mediterranean (in France it’s called Rolle), produces light-textured wines crackly with citric fruit.

Bella Grace has a two-acre block of Vermentino in the Shenandoah Valley of the Sierra Foothills—stock sourced from the Tablas Creek vines. Their varietal bottling tips its hat to the Old-World style, preserving the grape’s acidity and freshness. Fruit is fermented it in stainless steel, and the wine is released young, after four months in bottle.

Its color is a limpid almost-yellow, and it smells like wet rocks and grapefruit pith, lifted up by a perfume of green melon and gooseberries. Coy and silky-textured at first, suggesting luscious stone fruit and honeydew, it smacks the tongue with a limey bitterness as it withdraws. I love its low alcohol and its forthright style.