Refreshing, cleansing, spirited, restorative—sparkling wines that don't insist on themselves. The third article in the series. 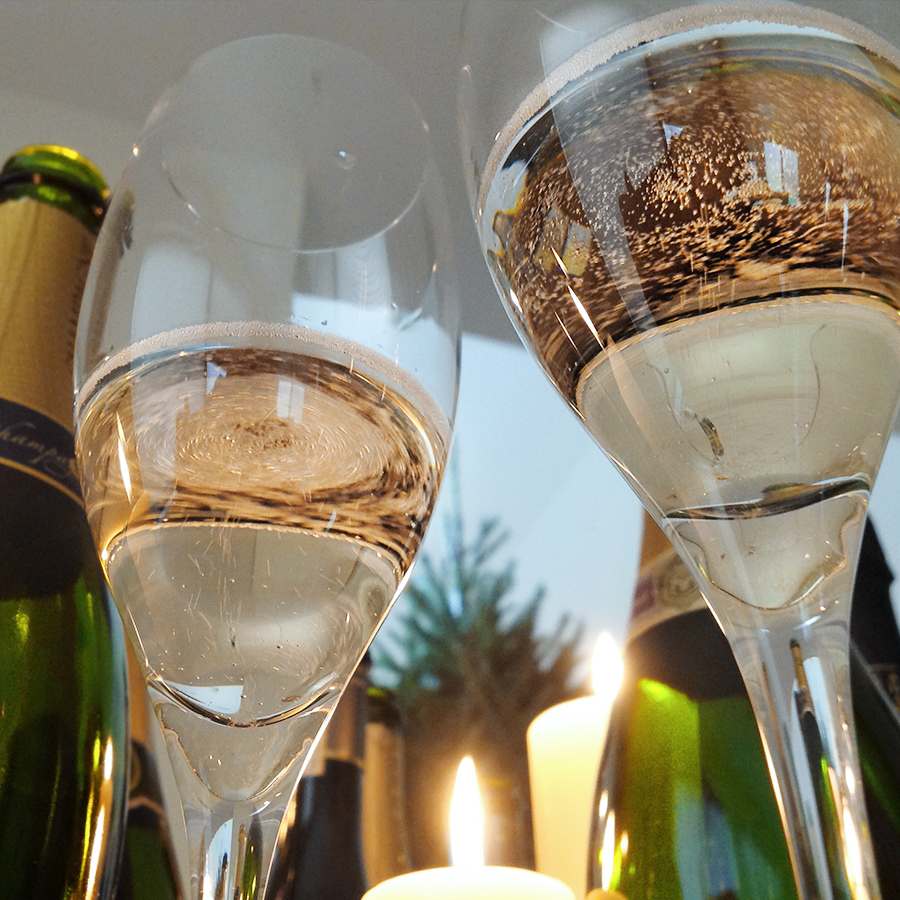 Refreshing, cleansing, spirited, restorative—whatever word you use, these are the sparkling wines that lift and brighten. They’re uncomplicated, unembellished. They’re great with fish, cheese, charcuterie, a sandwich. They do not insist on themselves.

Like the Elegant wines, they, too, pivot on acid. There are fruits and flowers floating around, sure, but mostly these wines are forthright, sharply cut, simple but not easy.

Winemaking plays a factor. The Charmat (or tank) method highlights fruitiness and freshness. Those wines rarely dive deep. Traditional method wines are more dimensional, but right after disgorgement they can seem simple, even stern or unyielding, requiring air or a (brief!) decanting. Sometimes a wine just needs to grow up.

That’s almost always true of vintage traditional method wines, which are made to bloom much later. But well-made nonvintage Brut, despite standard recommendations to treat it as a fresh product, can continue to evolve for several years after disgorgement.

Which doesn’t mean you can’t drink it now. You’ll just need to set your dial to Refreshment rather than, say, Intrigue. But if the price is right, experiment. Drink a few bottles now. Lay a few bottles down. Fortune favors the bold.

NV Parés Baltà Cava Brut
This wine’s tender mousse yields a fragrance of pear, fresh dough, and wet stone, and the body is tingly, its delicate bubbles carrying piercing acidity and lemon-laurel essence. Made with certified organic Parellada, Macabeo, and Xarel·lo grown at high elevations in Catalunya; the winery is transitioning to biodynamics. I visited them in June and was impressed with the wines, the winemakers, and their philosophy. Pair this Brut with fresh cheeses, tapas, picnic sandwiches, and a sunny day.
11.5% abv | about $15, Imported by Broadbent Selections

2010 Bonny Doon Vineyard Sparkling Albariño Méthode Traditionnelle Central Coast
Made in the traditional method from Albariño grown in the Jespersen Ranch and Rancho Solo Vineyards; the wine spent 14 months en tirage. It’s dry, sharp, and juicy, with a fizzy countenance and an almost-floral, saline aroma. It’s mostly about its fragrance, with flavors that skew toward citrus juice and apple. A straight-ahead picnic, sushi, seafood salad kind of wine.
12.5% abv | $36 (sample)

2011 Frank Family Vineyards Blanc de Blancs Carneros, Napa Valley
A traditional-method wine, mostly Chardonnay, but with a small fraction of Pinot Noir despite its Blanc de Blancs labeling. All fruit was grown in the estate’s Lewis Vineyard in Carneros. The wine spent two and a half years on lees and was disgorged in November of 2014. It’s a curious mélange that mingles opulence with clarity, bottle age with abundant fruit. It’s stridently tart, a wine with alertness and cut-crystal edges that combine with the cleansing mousse to feel utterly fresh. Meanwhile, the bottle age has ripened the apple-y, citrusy fruit, maybe even amplifying it. Tall but lean and fine-boned.
12% abv | $45 (sample)

NV Ferrari Brut Trento DOC
Ferrari’s Brut is 100 percent Chardonnay, hand-picked, and spends two years on lees. It can age beautifully for five or more years after disgorgement, becoming rounder and toastier, but on release (this bottle was disgorged in 2014) it’s fresh and spirited, with glistering acidity and notes of green citrus and lime peel. For the price, it’s a terrific wine for anytime-celebrations.
12.5% abv | $25 (sample) Imported by Palm Bay

NV Lucien Albrecht Crémant d’Alsace Brut Rosé
Apple-y and fresh, this Brut rosé is redolent of tart spring strawberry and biscuit, plus a whiff of mint. Its zesty, cleansing mousse delivers flavors of cranberry and a lingering, almost-ginger finish. Made from 100 percent Pinot Noir in the traditional method, lees-aged for nine months. Pour it with charcuterie, salmon (to match its lovely color), sushi, dim sum, poultry.
12% abv | $22 (sample) Imported by Pasternak Wine Imports

2015 Adriano Adami “Col Credas, Rive di Farra di Soligo” Brut Valdobbiadene Prosecco Superiore DOCG
Made from 100 percent Glera grown at 350 to 400 meters elevation. The aromas are floral, like gardenia and jasmine, a white flower garden in daylight, but the palate is sharp and angular, with tart apple skin, crunchy minerals, and a citrusy finish. Four grams per liter of sugar keeps it fresh.
11% abv | $22 (sample) Imported by Dalla Terra

NV Carpenè Malvolti 1868 Extra Dry Conegliano Valdobbiadene Prosecco Superiore DOCG
A Prosecco that’s lightly floral, with a lemony body and a bitter snap at the finish. There’s a note of ripe peach, too, almost peach nectar, but it’s not sweet or heavy, it simply has that yellow stone fruit juiciness. Made from 100 percent Glera in the Charmat method. Serve it with fresh cheeses, salads, seafood.
11% abv | $16 (sample) Imported by Angelini Wine, Ltd.

NV Gloria Ferrer Blanc de Blancs Carneros
Made from 100 percent Chardonnay grown in Carneros. The fruit was fermented in stainless and the wine spent 16 months en tirage. It’s zesty, with a clean scent that suggests wet marble, lemon flowers, fresh air. The mousse is creamy but the body is citrusy and tart, with a savory note, too. Given the cépage, try laying it down for couple of years to see what it becomes.
12.5% abv | $22 (sample)

NV Gloria Ferrer Blanc de Noirs Méthode Champenoise Sonoma County
A little Chardonnay was added to this blend (despite the Blanc de Noirs labeling), but it’s Pinot Noir-dominant, including some vin gris to tint the body pale rose gold. After the pour it fizzes into a smooth-textured mousse that suggests tart red berries, red apple skin, lemon-lime. Somewhere in the middle lies a savory note, but despite 18 months on the lees it’s not a toasty wine, it’s zesty—and refreshing.
12.2% abv | $22 (sample)

Read the other articles in this series, Sparkling Wines for Now: Opulent, Elegant, and Interesting.