A bottle from a tiny lieu-dit in Nuits-Saint-Georges reminded me what wine's truly made from. 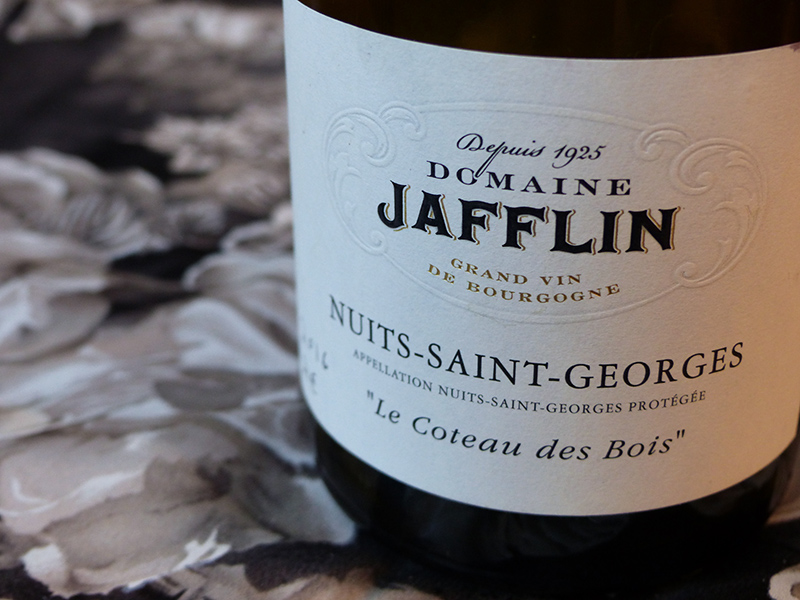 We descend into Jafflin’s cave, blinking away the sharp daylight and inhaling the cellar’s redolence. Anne Jafflin pours tastings from bottles marked with grease crayon: Gevrey-Chambertin, Vosne-Romanée, Nuits-Saint-Georges. These are villages wines, because while the Jafflins do produce two premiers crus, none currently languish in their cellar; this sad shortage is replicated throughout Burgundy following a series of meager vintages, plus far more demand than supply.

“Les Coteaux des Bois” is not a premier cru, Anne explains, just a field near the hillside whose fruit they vinify separately. They selected this lieu-dit in 2010 for its particulars of aspect and location, and its bony brown calcareous soil, which makes the vines struggle.

The wine was velvety, with spiced fruits and ginger, cured meat, cherries, iron and stone. We bought a bottle, just one, to carry home with us. It was not the most spectacular wine we tasted in Burgundy, but it was a bell, ringing with the resonance of its place.

Snow falls as evening begins to whisper around us. We light a fire and light the candles. It is the eve of my birthday, and I have called for Burgundy.

We opened this bottle and poured. It smelled like carrots—no, like carrot tops, both carrot fronds and the carrot’s flesh that turns deep green when it is sun-soaked.

But fruit was not the wine’s central proposition. It tasted instead as if my summer vegetable garden, fully ripened, had been wrung into my glass, with all its herbs and sweetness, its tomato vine freshness and black-raspberry brambles, its red pepper savoriness, its mint and sage and thyme; its soil.

It was a reminder: Wine may be made from fruit, but it is born from earth. Happy Birthday.

Written By
Meg Maker
More from Meg Maker
“If daffodil were a fruit it would taste like this...”
Read More