What happens when a white wine languishes a little too long on the rack? You might be surprised. 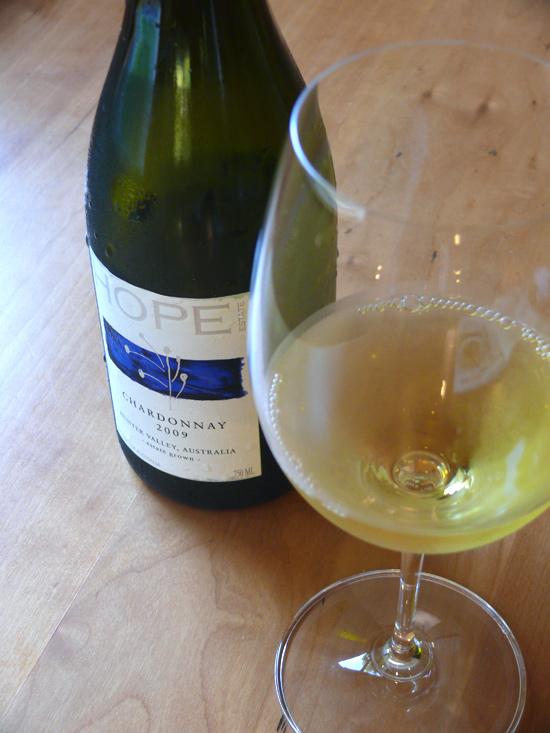 I receive a fair number of wine samples, sent by a producer, importer, publicist, or social media impresario in hopes of a media placement. Bottles started landing on my doorstep in earnest a few years ago when I was writing both here and for Palate Press. The supply justifiably trickled out while I was working full-time for winery, but now that I've returned to writing for both publications, the sample taps are open once again.

I don't write about all the samples I receive, because some of them are frankly unremarkable, and disquisitions on unremarkable wines don't make very good reading. But I do try to taste through them all in a timely manner, partly out of respect for their supplier, and partly because I'm incurably goal-oriented. I like to let the bottle settle for a week or two after shipping, then pull the cork, taste it alone, taste it with food, and taste it again the next day to see whether it had the backbone to stand up to air.

Sometimes, though, a bottle will languish awhile, un-tasted, on the sample rack. This was one. It arrived, along with six or eight of its Australian brethren, on the exact date of a live social media tasting over a year ago. During such an event, a number of writers open their samples at a given hour, then chatter about them together online. It mostly works, although it's somewhat chaotic, and the preponderance of "me, too" updates adds drag to the proceedings. But it's a sociable way to share wine notes when a group of like-mindeds can't meet face to face. I couldn't keep up with the pace that night, so several bottles were sent off to the rack, where they reposed for a bit too long.

Unfortunately, these particular wines had arrived with no accompanying information—no write-ups on viticulture, vinification, tasting profile, lab stats, no information about retail pricing or distribution. It's not completely uncommon for samples to be sent naked like this, as some writers prefer to keep their tasting experience free from any information that might bias their judgment. They like to taste nearly blind. I don't. I like context. I like to know where a wine is from, what soil it was grown in, what grapes it contains, who made it, and how. I like to know why the winemaker thinks this wine matters. I don't think this knowledge changes my physiological experience, but I do know it changes my intellectual experience, fleshing it out with the particulars that give the wine relevance, provenance, history, and story. These things matter to me. A lot.

Here's another problem: a lack of accompanying information makes a sample even more unremarkable when I eye the rack with intent to write. So, not surprisingly, I've been getting around to opening the rest of those Australian wines slowly. Last January, I opened the 2009 Hope Estate Hunter Valley Shiraz, which I found to be funky, smoky, and earthy on the nose—somewhat reminiscent of rare red meat—and lively on the palate with flavors of coffee and smoked earth. But the wine lacked grip and structure, so it never made the cut as a formal tasting note (until, I suppose, just now).

A few nights ago I finally opened this Chardonnay, the white companion to the Shiraz, without great expectation. It had aged for a year beyond its release date, and most whites are meant to be drunk young, especially those at the low end of the range, where I could only divine this wine might reside (no sell sheets, right?). Sure, I could have researched the wine before tasting, and I often do, but I was feeling lazy. I just chilled it down, and poured.

It was a surprise. Brilliant yellow with flame green highlights, the wine yielded slightly funky oily citrus aromas with a hint of bay laurel and sage. The funkiness—possibly reduction aroma, as it had now spent some time under screwcap—blew off quickly, and the wine soon blossomed open with pineappley citrus aromatics tinged at the edges with buttery caramel. It had an unctuous texture on the palate, top-noted by the brilliant tang of stone fruit and lemony citrus. The wine seemed weirdly both juicy and buttery, and from one sip to the next moved back and forth between these two, mercurial and evolving with air and warmth and time.

After tasting, I did finally scan the producer's website for information, and learned that they barrel-ferment their Chardonnay in 100% French oak barriques, then let it rest on lees for creaminess. But they work hard, they say, to retain the grape's dazzling, native zing.

Perhaps that extra year of bottle age was all to the good. I expect this wine had an awful lot going on at release—Lemon! Citrus! Herbs! Oak! Toast! Butter!—and that time has tempered it, mingling these together and yielding a wine that is, if not quite harmonious, at least more interesting. It reminded me somewhat of a teenager, gangling but pretty too, with a little too much makeup. Now I wish I had another bottle, to see how it grows up.

*I received this wine as a press sample.

Written By
Meg Maker
More from Meg Maker
I’m thrilled to announce I’ve been accepted into the Circle of Wine...
Read More