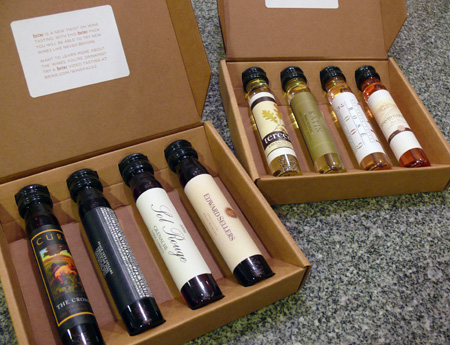 Last week I joined the Rhône Rangers. This week they sent me an invitation to a tasting event, part of their Grand Tasting weekend in San Francisco, March 27–28. The session, Grenache: Red, White, and Pink, will be moderated by San Francisco Chronicle wine editor Jon Bonné and will explore Grenache as a varietal wine, in all its splendid colors.

I won't be anywhere near San Francisco this weekend, but the Rhônely crew has partnered with BrixR to stream the session live from 2:45–4:00 PM PDT, and to offer playback later. And they've also produced this tasting pack—eight 50ml bottles of the wines they'll be pouring—so we folks in the hinterlands can taste along.

Written By
Meg Maker
More from Meg Maker
This year we hosted the family for Thanksgiving dinner. Although there were...
Read More