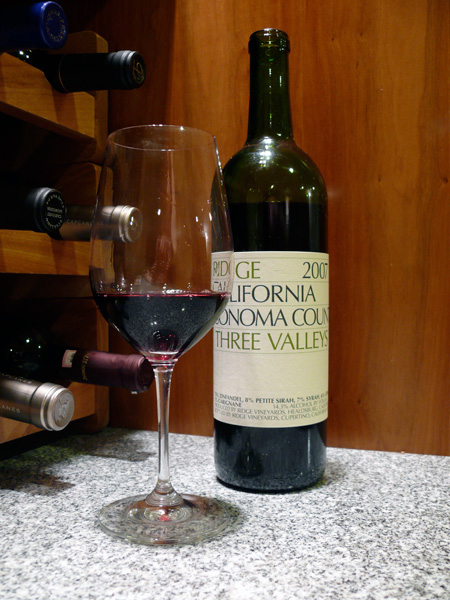 Okay, it's not my first Zinfandel. But it's the first one I've really liked. It's meaty, earthy, smoky, and woodsy; not fruity, spicy, hot, and bothered, like most of its brethren. It tastes wholesome and grounded; restrained, like it's keeping something in reserve for later, like it has a secret it will tell you, in due time.

It's 76% Zinfandel, 8% Petite Sirah, 7% Syrah, 6% Grenache, and 3% Carignan, so there's a little bit of Rhône in the middle of this Zin. Bright garnet and nearly opaque, it has a serious nose, one that sets the tone, saying, "this is not what you think. This is not a game." It smells fresh and herbal, like lavender, thyme, and rosemary. On the tongue it's smooth and integrated, with a dark little catch that's maybe tannins or maybe the Petite Sirah or maybe both, together. It has a long, languorous finish.

Who knew Zin could be this good?