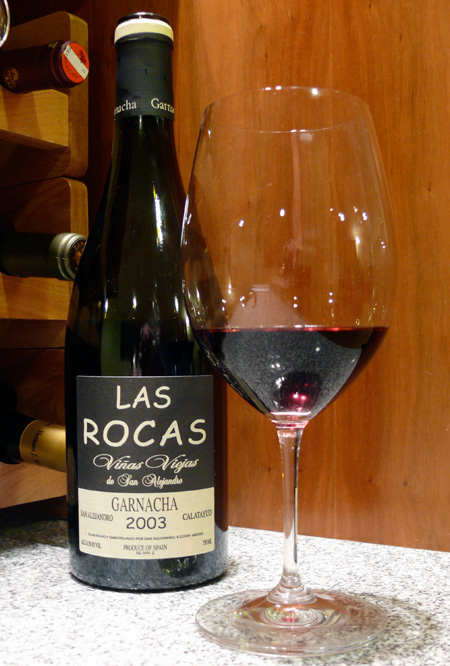 We bought quite a bit of this wine a while ago for twelve or thirteen dollars a bottle. When it was new it was all elbows and knees, but it had plenty of stuffing, so we thought it could age. We laid this bottle down, and now, five or six years later, it's really terrific: deep red in color, with a spicy, peppery nose and a mouth full of earthy, joyful fruit. There's something like licorice and something like mint, here, and though it's still a bit astringent, its tannins have calmed down, giving way to meaty layers of fruit and spice and earth. It makes me think of the Rhône, a bit. I wish we'd bought lots more.

The lesson? Trust your instincts. If you find a bottle that you think will age, buy three, or six, or twelve, and lay them down. You'll thank yourself later.